Is there no limit to the depths to which the BBC will sink in its biased reportage concerning Israel?

On its news site currently is a story that sounds more of a propandistic beat-up about Muslim schoolgirls from a Berlin school in Germany being “racially abused” on a visit to Holocaust memorials in Poland.

For the BBC, as for much of the Left, the “victimisation” of Muslims, real or imagined, is a topic worthy of the maximum exposure, for Muslims, it seems, are “the new Jews”.

Thus the BBC’s salivating over the theme that “German Muslim schoolgirls who went on a visit to Holocaust memorials in eastern Poland say they were racially abused by locals during their trip” is almost palpable.

Gratuitous attacks on anyone, irrespective of race or creed, are unconscionable and despicable.

But what the blazes does the following statement have to do with the report in question?

“The Holocaust is a sensitive topic for many Muslims because Jewish survivors settled in British mandate Palestine, on land which later became part of the state of Israel”

Not for the BBC, so far as I’m aware, frank reportage about Muslim antisemitism as seen in the many Al Quds Day hate-fests in European cities, including London (as I have mentioned in several recent posts) and Berlin (see below the new demographics where once the jackboot strutted): 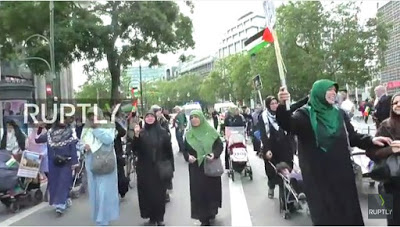 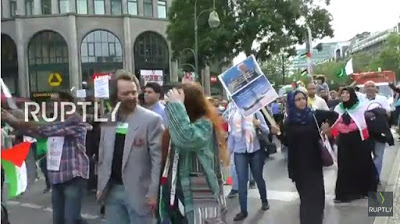 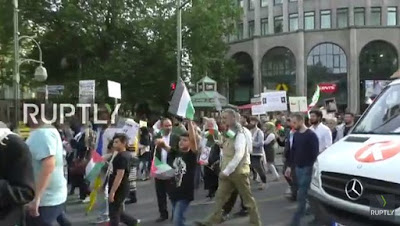 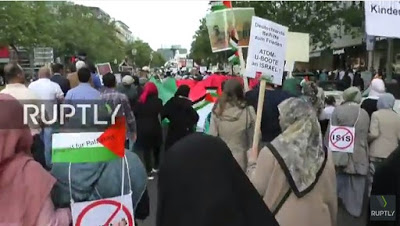 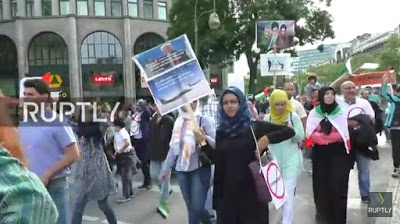 Yep.  There they teach hatred of Israel young: 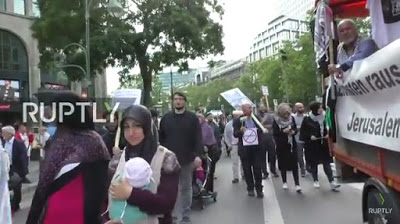 Just as they do in Dublin: 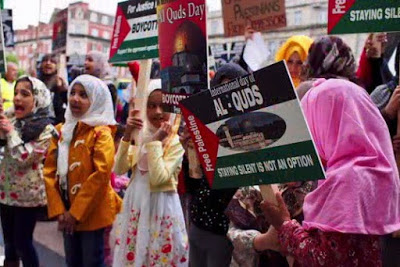