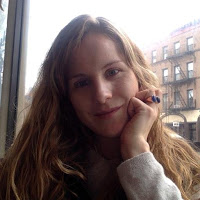 Suzanne Schneider, a historian, writes in the Forward that there is a history of Zionists cooperating with Nazis and that today’s pro-Israel, pro-Trump people are in that same mold.

I’ve seen articles like this before, but usually in Arab media, modern antisemitic sites like Mondoweiss or in the doctoral thesis of Mahmoud Abbas.

But when the Jewish Daily Forward publishes this, it takes on an entirely new dimension of disgust.

Though the scope of destruction was not yet known in the 1930’s and early 1940’s, many nevertheless find it astounding that there were attempts by right-wing Zionists during these years to establish ties with Nazi Germany. Numerous scholars have noted the fascist sympathies of certain members of the Revisionist Zionist camp, who bitterly feuded with mainstream Zionists and denounced them as Bolsheviks. The antipathy was apparently mutual, as David Ben-Gurion in 1933 published a work that described Ze’ev Jabotinsky, the founder of the Revisionist movement, as treading in the footsteps of Hitler. The Zionist Right’s flirtation with fascism reached its tragic peak in 1941 when Lehi, Avraham Stern’s paramilitary splinter group, approached Otto Von Hentig, a German diplomat, to propose cooperation between the nationally rooted Hebraic movement in Palestine and the German state. Nazi Germany declined his generous offer, having stumbled across quite a different “solution” to the question of Jewish existence.

That first phrase is Schneider’s “get out of jail free card” to avoid directly calling Zionists Nazi-sympathizers. Because that is the entire point: there was huge controversy among Zionists, both in the right and the left,  in the early days of Nazi Germany, when everyone knew that Hitler was an antisemite but few imagined that he was aiming at murdering millions of Jews. The goal of the Zionists from both the mainstream and the revisionist side was to save Jewish lives, period, and Schneider’s ex post facto attempt to link Zionist and Nazi goals is beyond disgusting.

I wrote about this last year when I noted that anti-Israel writers were cherry-picking articles about Zionist-Nazi cooperation without noting that in some cases, the lives of tens of thousands of Jews were saved because of it.

For many centrists and liberals, the idea of Jared Kushner and Steve Bannon working together causes endless confusion: How could the descendent of Holocaust survivors find common cause with the ideological leader of the alt-right?

… It has been with this history in mind that I approach contemporary debates about Donald Trump’s presidency and the alliance it fosters between members of the white nationalist “alt-right” on one hand, and a certain segment of American Jews, on the other. The argument that the latter should work with the former because they all share a commitment to “Greater Israel” belies the fact that not all allies, or alliances, are created equal. When Richard Spencer voices his admiration of Zionism (because, in his understanding, the movement stands first and foremost for racial homogeneity), we should realize that this is not incidental to his suggestion that America might be better off with a peaceful ethnic cleansing of those population segments that are not of white, European descent. Do American Jews really believe that they will pass muster within such a state? And are the swastikas and other acts of intimidation that have been so abundant since Trump’s victory really just peaceful incentives to realize that our true home is in a land far, far away?

Bannon is certainly controversial, but I have searched through the Breitbart archives when he was editor and have not seen a single piece of evidence that he harbors any antisemitic feelings. Neither has Alan Dershowitz. His own Jewish coworkers have hotly disputed that idea as well. Bannon certainly has problems with liberal Jews who attack Israel from that perspective, as do I, but to conflate him with unapologetic antisemites like Richard Spencer as this article does is simply slander. No one in the Trump administration supports Richard Spencer and to pretend that they do is another manifestation of what Schneider does with history: libel by analogy rather than considered disagreement based on facts.

There is plenty of room to disagree with the Trump administration based on its actual words and actions. But people like Schneider, and by extension the Forward, prefer to attack  a segment of Jewry by creating smarmy associations between the people they have political disagreements with and Nazis.

I don’t like throwing around the term antisemitism loosely, but is it any less antisemitic to falsely associate right-wing Zionist Jews with Nazis than it is for more modern antisemites associate Israeli policies with Nazi Germany? Both of them revel in the false irony of Jews supposedly acting like their persecutors.