This weekend, as we marked the third anniversary of the Tree of Life massacre in Pittsburgh,  there was a great amount of news about antisemitic incidents in the US.

A citizen at the Chandler school board meeting went on an antisemitic rant:

Speaking about critical race theory and vaccines — topics not listed on the meeting agenda or discussed by the board — [Melanie] Rettler talked discursively for over a minute before blaming a number of the country’s problems on the Jewish “race:”
“If you want to talk about racism, if you want to bring it in, then let’s bring it in. Let’s get to the bottom of it. We’re talking about white supremacy. OK, let’s get to the very bottom of it. Every one of these things, the deep state, the cabal, the swamp, the elite — you can’t mention it, but I will — there is one race that owns all the pharmaceutical companies and these vaccines aren’t safe, they aren’t effective and they aren’t free. You know that you’re paying for it through the increase in gas prices, the increase in food prices — you’re paying for this and it’s being taken from your money and being given to these pharmaceutical companies and if you want to bring race into this: It’s the Jews.”

The school board complained that her screed was off-topic but did not address the fact that hate was spewed.
A New Jersey high school sent a letter to parents about incidents where students engaged in “homophobic, transphobic, anti-Semitic, and racist comments.” No details were given.
New Hampshire State Rep. Maria Perez (D-Milford) posted a tweet last month calling for the destruction of Israel, echoing the terror slogan “From the river to the sea, Palestine will be free.” 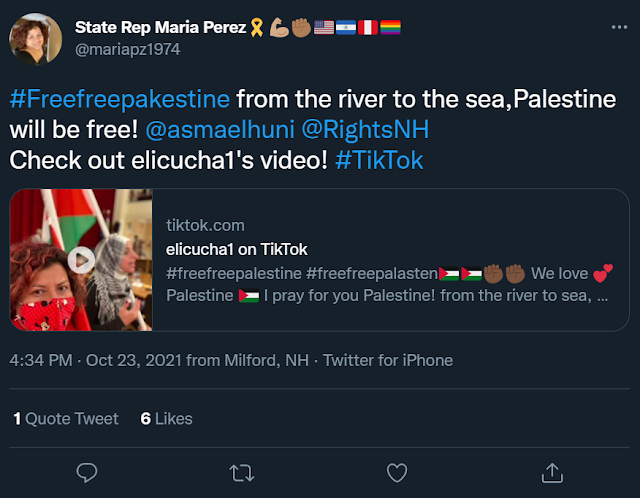 After pushback, she deleted it – but after publicity, she doubled down, calling Israel an apartheid state and making the dubious claim that she wants a state with equal rights for all citizens, which has been  code for “anything but a Jewish state” since 1947.
Jewish students at Yale University reflected on two recent incidents of antisemitic and racist graffiti at a building under construction on campus. Some said that they have heard subtle antisemitism in campus conversations.
A Brooklyn man was  convicted on hate-crime charges for a brutal 2018 attack on a Jewish man walking home from his synagogue. James Vincent, 40, was found guilty of strangulation as a hate crime and assault as a hate crime. On April 21, 2018, Vincent shouted antisemitic slurs at Menachem Moskowitz, choked him and hit him in the head. Moskowitz suffered a black eye and broken rib.
A complaint was filed with the U.S. Department of Education’s Office of Civil Rights over Oberin College professor Mohammad Jafar Mahallati, who was Iran’s ambassador to the UN from 1987 to 1989,  The complaint included “anti-Israel teaching material from Mahallati’s courses, specifically noting a fall 2016 incident where students in his Religion 270 class were tasked with creating ‘anti-Israel blogs online that reflect the professor’s lectures and assigned readings,’ that his teachings refer to Israel as a ‘colonialist state,’ and citing him in connection with ‘support for Hamas and terrorism.'”

There were also reports about a vandalism incident at a fraternity house at George Washington University where a student’s paper Torah model (not a real Torah but including all the text printed) was ripped apart and detergent poured on it. 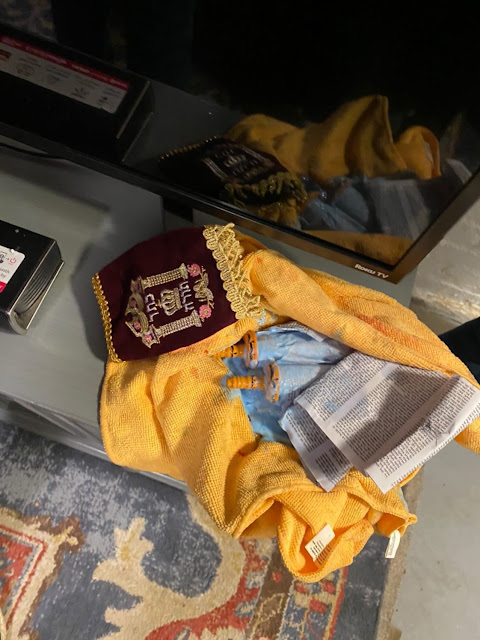