A large screen was placed in front of a cinema that has been closed for decades for the opening. The festival’s artistic director Montaser Al-Sabe told reporters that the festival will include about 45 films to be shown in various venues  throughout the Gaza Strip until December 11. 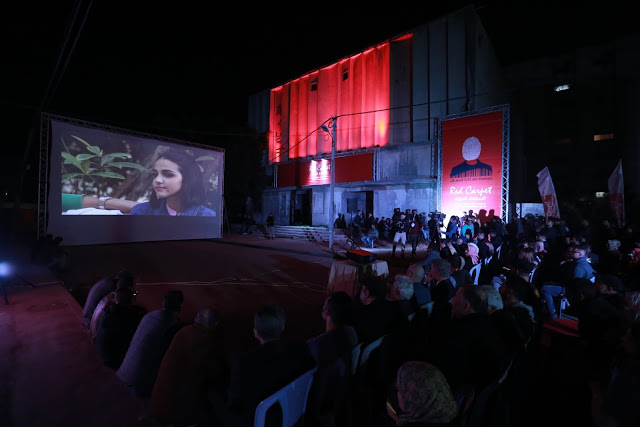 The theme of the festival this year is “I am a human being” to send a message that there are more than 2 million people in the Gaza Strip living under Israeli “blockade” for more than 12 years.

Organizers said that Hamas facilitated the organization of the festival.

Yes, a terror group – one that could easily have allowed some of the 11 shuttered cinemas in Gaza to re-open since it took over, but didn’t – is positioning itself to be a champion of human rights by allowing a film festival.

Not one film tackles the issue of human rights violations in Gaza by Hamas or by other Islamist groups. No films about harassment of Christians, of honor killings of women, of armed groups recruiting children, of indoctrinating generations into hating Jews and Israel. Not one filmmaker who pretends he is brave for attacking Israel will dare say a word about actual human rights violations in Gazans’ day to day lives.

This censorship, and self-censorship, is not unusual for the human rights community. After all, human rights film festivals in London wouldn’t dare say anything negative about Hamas either. There is only one narrative that is acceptable – the one that Ken Roth, the head of Human Rights Watch, has been pushing on his Twitter account – that Israel is the only human rights violator in the Middle East worth mentioning every day.