I count no less than 11 articles in the official Wafa Palestinian news agency where people are quoted condemning a few posters put up by Israelis saying that Abbas, by paying murderers, should be killed.

“Assassinate the terror funders” say the posters, put up by a little-known right wing group. 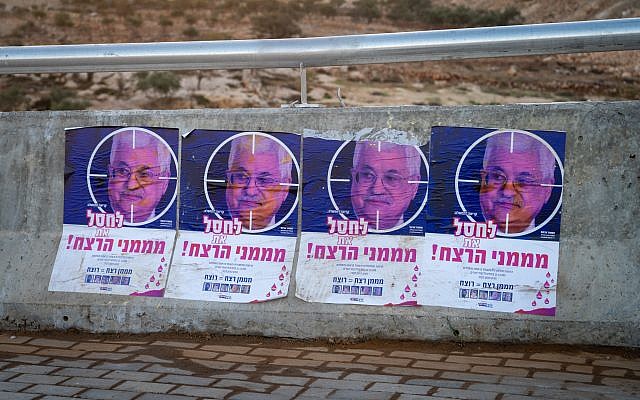 The PLO simply freaked out over these posters. People who daily incite to kill random Jews and who celebrate when Jews are killed are suddenly very concerned over incitement – even though there is no real threat to Abbas’ life.

The PA Foreign Ministry condemned them.
Saeb Erekat said he holds Israel fully responsible for the president’s life and called on the world to condemn the incitement.
Israeli Arab MP Ayman Odeh said he held Netanyahu responsible for creating an environment where this could happen.

Fatah said  the incitement against Abbas are the highest degree of terrorism.
The Palestinian Authority cabinet condemned the threats.
The Arab League condemned the posters.
“The PLO holds the Israeli government fully responsible for settler calls to assassinate the president.”
The PA representative to the UN authored a complaint to the Security Council – about the posters.
The Mufti of Jerusalem said the posters “exceeded all red lines.”
The Palestinian National Council warned that “our people have the right to confront this terrorism and the threat to defend their rights and dignity. “
The Speaker of the Arab Parliament called on the international community, the UN General Assembly, the UN Security Council and international organizations, to condemn the posters.
All for some posters from an organization with no political power whatsoever.
But after two full days of freaking out, the Fatah Facebook page decided that they should make it look like Abbas is above being worried about these posters that he personally has tried to turn into an international incident.
Showing Abbas looking relaxed, the new poster says “No worries.” 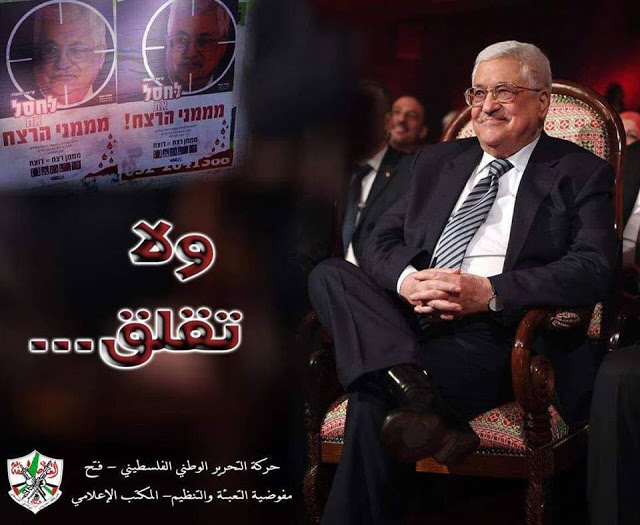 Because a strong leader would complain to the UN every time some Jew says he should be responsible for his crimes.