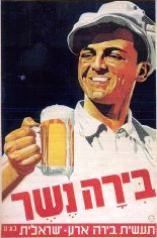 At the Roundhouse Theatre in the north-west London district of Camden from 8-11 September, Tel Aviv came to Britain in th shape of the TLV in LDN Festival.  The aim, in the words of its director, Marc Worth, talking to the Jewish Chronicle, was to

And in those of Israeli minister for public security, information and strategic affairs Gilad Erdan, talking to the Jerusalem Post,


“The festival is of great importance in its very existence in Britain as we mark one century of the Balfour Declaration. This festival is a cultural answer to the calls for a boycott against Israel.”

Israel-haters had failed to get the event cancelled, and  many, including activists from the loathsome and pathetic International Jewish Anti-Zionist Network turned up to to do their best to spoil the atmosphere.

Reports the Jerusalem Post (along with some vivid footage):


‘[O]n Saturday several dozen Boycott, Divestment and Sanctions activists verbally clashed with a few very vocal defenders of the Jewish state.“You want to talk in Gaza? These women can’t talk in Gaza! It’s a joke… This is bullshit! It doesn’t matter how many bombs are dropped in Syria or in London, this is just an excuse to hate Jews,” Golan Koresh, who is both Israeli and Brazilian, retorted to female activists chanting “Free Palestine!” “This is just a disgrace,” Koresh said in disgust. “These Jews whose parents stood in the gas chambers are now standing side-by-side with people who want to blow us up.

“London is poison. The atmosphere when it comes to Israeli is toxic,” he added….

“Perhaps if this event wasn’t sponsored by the Israeli government, we wouldn’t be so against it,” Michael Kalmanovitz of the International Jewish Anti-Zionist Network said.

Pro-Israel activists were quick to lob retorts at those claims. “They’re not standing outside the Chinese or Syrian or Russian Embassy. They’re here in front of a peaceful festival with music,” Shadman Zaman, the first person from Bangladesh to visit Israel, told the Post. “They’re trying to disrupt a peaceful and lovely program into a riot. This is what they always do.”

When Tel Aviv chef Shaul Ben Aderet, who was in charge of the event’s  food fair, offered them some free chocolate mousse, several of the protesting party poopers couldn’t resist!

In this video by Alex Seymour/Seymour Alexander, a bunch of very familiar anti-Israel activists protest the event at the top of their lungs, demonising Mark Regev, and evidently fazed by pro-Israel hecklers (we hear Seymout’s dulcet tones eventually telling one protester “F*ck off now!”).

I don’t think they were in the mood for chocolate moose, do you?

Another video by Seymour, showing ratbags replete with Palestinian flags:


“Several different protest groups have been attempting all week to disrupt preparations for next week’s Arms Fair at the Excel Centre. Yesterday when this video was shot it was the turn of Veterans for Peace UK to organize an event – a very effective banned weapons checkpoint  – which unfortunately was activated earlier in the morning before I got there….”

Meanwhile, in response to this report Seymour makes an aside about 9/11, while Sizer and Tonge have the Saudis in their sights. 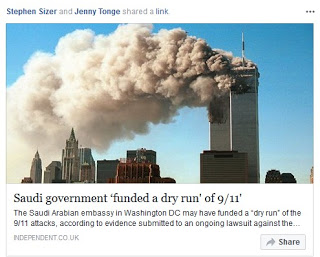 Neither Sizer nor Tonge are likely to draw attention to this article, which cites the complicity of Iran.