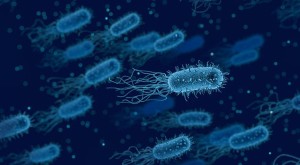 Damascus, May 8 – Few living things remain on Earth, but the small number of protozoa, bacteria, and other microscopic life forms inhabiting an area best-known for a sprawling Palestinian refugee camp on the outskirts of the Syrian capital continue to follow the age-old practices that long characterized the locale by engaging in deadly violence.
A loose, shifting coalition of single-cell organisms calling itself the Eukaryotic State in the Levant has besieged Yarmouk for years, as rival factions within the camp fight micron-by-micron to gain or regain control of territory they held at some point during the age-old conflict. Humans abandoned Yarmouk eighty thousand years ago, but the remaining creatures maintained the ancient fight, whose origins remain shrouded in mystery but whose continuation gives the area the only character and identity it has ever known.
“We’re hoping to defeat the infidel enemy by the end of Ramadan,” stated General Staphylo Coccus of the Al-Staphylococcus Front, which now controls about two thirds of Yarmouk, but faces supply shortages amid the siege. “I have no idea what Ramadan is, but that’s the term we’ve inherited, and it would be kind of shame to relinquish that piece of our heritage.”
“Victory will be ours and the kufar will die or flee in everlasting shame,” countered Colonel Cyano Monera of the Petri Mujaheddin. “We will liberate the Dar-al-Islam from the Zionist usurper once and for all. I hope you’re writing this down and can look it up later, because in my 36-hour lifespan I don’t really have time to learn what all those things mean. I have infidels to kill.”
The last multicellular organism in Yarmouk succumbed to the fighting ten thousand years ago, leaving only the microbes and a slew of viruses to keep going at one another. “The so-called higher life forms despaired of living – or even dying – here a long time ago,” observer Proka Ryota recalled. “Earth became unable to sustain complex life about fifty thousand years ago, possibly because of something called climate change but also possibly something called nuclear holocaust. We’re not sure, because all records were destroyed in the fighting, and who cares, anyway?”
Representatives of the warring microbial colonies vowed to bring glory to Allah and their ancestors one ruptured enemy cell wall at a time, and to hoist the flag of their movement over Al Aqsa in triumph, though none of those involved could say for certain where or what Al Aqsa is or was.