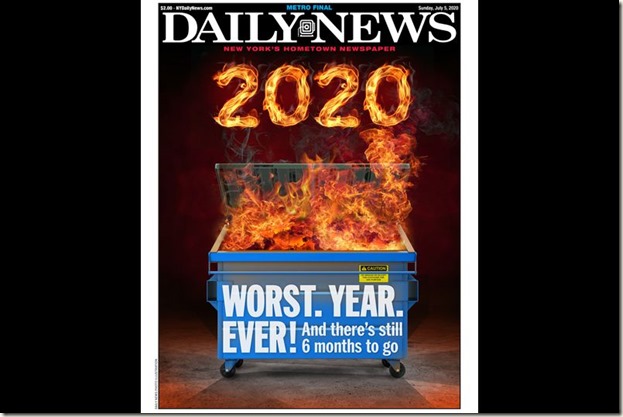 2020 is already infamous for being a historically bad year. Beyond COVID-19 and George Floyd and government incompetence, though, is that this year is shaping up to be a year of publicly expressed antisemitism – by celebrities who have massive followings.

And most of that has been in only the past couple of months.

Roger Waters tells a Hamas-linked TV station that a rich Jew is the “puppetmaster” controlling the US government, and that religious Jews think non-Jews are subhuman.

Rosanna Arquette tweeted that Israel had a vaccine for COVID-19 for a year already and implied that Jews were behind the virus so they could profit from the vaccine.

Louis Farrakhan, who has millions of fans, says that Jews are “satanic” and said that when he dies, the Jews who opposed his hate would be at fault and  will be destroyed.

Chelsea Handler, before apologizing for posting an old Farrakhan video, defended his antisemitism, tweeting, “perhaps Farrakhan’s anti-Semitic views took form during his own oppression.” The implication is that Jews are responsible for Farrakhan’s hate. Oh, and she said that anyone who didn’t like her post – meaning, Jews – can “go f— themselves.”

Rick Wiles, the antisemitic head of TruNews, said, “There is a plague moving upon the Earth right now, and the people that are going into the synagogues are coming out with the virus. You are under judgment because you oppose his son, Jesus Christ. That is why you have a plague in your synagogues.”

Ice Cube has been sharing a series of blatantly antisemitic tweets, blaming Jews for the world’s ills. 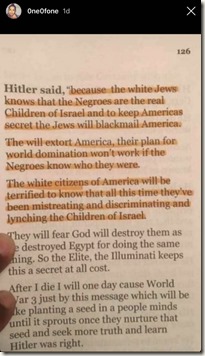 DeSean Jackson posted as fact a fake antisemitic quote from Hitler, and was supported by other sports stars Malik Jackson and Stephen Jackson.

Peter Beinart said Orthodox Jews are racists and started a huge publicity campaign for the idea that the entire idea of a Jewish state is immoral and it should be dismantled.

And now Nick Cannon, along with Professor Griff, are happily riffing on the idea that Jews aren’t really Jews although they do control the world and are inherently savage and evil.

All of these people have hundreds of thousands, some of them millions, of fans.

All of these people still have careers.

None of them have been “canceled.” Sometimes there is some press coverage, sometimes they are forced to apologize to keep their jobs, but in the end antisemitism is not something that is considered to be as bad as other forms of hate.

This is especially jarring when there is an entire “cancel culture” for other kinds of bigotry that skips over this kind.

The only conclusion is that Jew-hate is not considered to be “real” hate. Outrage is cosmetic. There are always extenuating circumstances to consider, as Chelsea Handler asserted. The antisemites are seen as victims too, of rich Jews or Israel or the Jewish media.

And because the outrage is false, the antisemites are emboldened. It is becoming mainstream to attack Jews and to defend the haters. Conspiracy theories are not countered. Jews are expected to turn the other cheek because there is “real” hate we have to tackle first.

When celebrities – the most reputation-conscious people on Earth – can spout Jew-hate in public without fear, American Jews are in big trouble. And the rest of America isn’t that far behind.