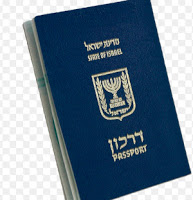 Welcome back to everyone who has been engaged in the rituals and introspection of Yom Kipur which ended at sundown today (Wednesday).

Israel’s Channel 2 News reported tonight that Italian authorities notified their Israeli counterparts on the deportation from Italy of three Iranians who were caught with evidently-forged Israeli passports. In reporting this, Times of Israel says un-named security officials


are looking into possible connections between the three and attempts to carry out terror attacks against Israelis throughout the world.

We wrote about an earlier incident [“20-Sep-14: Iran is not commenting but Kenya may have just thwarted another Iranian terror attack“] in which two Iranians were arrested in Nairobi attempting to enter Kenya using fake Israeli passports. Our post refers to other incidents involving Iranians and false passports, sometimes Israeli, sometimes not. Worth noting who employs them and the general sense of foreboding in the air.

Why would a blog like ours, with a sharp focus on terror, be writing about Italians, Iranians and passports? Perhaps it would be a good idea to click on that 2014 link.