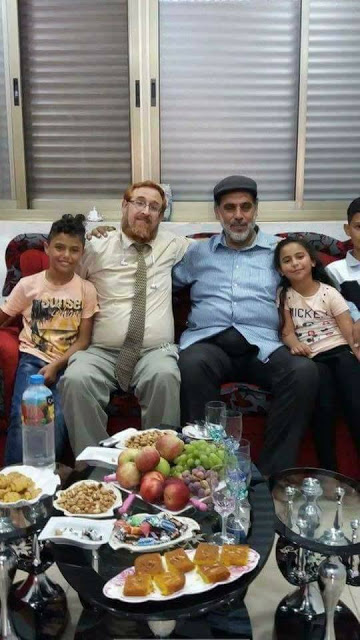 
The Palestinian security services arrested a Palestinian resident of Hebron on Sunday because he hosted Likud Knesset member Yehuda Glick at his home.

Glick visited Mohammed Saber Jabbar on September 3 in honor of the Muslim holiday of Id al-Adha and later published pictures of their meeting.

The Palestinian security services didn’t say why Jabbar was arrested or what, if any, crime he is suspected of. But sources close to the Hebron branch of the Palestinian police said they assumed he was arrested for meeting with Glick, whom Palestinians view as a radical right-wing activist because he visits the Temple Mount regularly and has long campaigned for Jews to be allowed to pray there.

Jabbar’s family said in a statement issued via mosques and social media that they had severed all contact with him over his meeting with Glick.

“He’s a peace activist whom I met via the head of the Ahmadiyya community in Haifa,” Glick said, referring to the Ahmadiyya sect of Islam. “I went to wish him a happy holiday on Id al-Adha, and I regret that this is what happened.”

Arab media mostly ignored the arrest, although the family disowning Mohammed Jabbar did get some Arab media attention.

Ramallah News says that  Mohammad’s two brothers disowned him years ago because he kept on doing “normalizing meetings” with Israeli Jews. They didn’t publicize their problems with Mohammed until now because they didn’t want to upset their sick mother. I guess they told her he was out at the store for a few years.

As usual, a story about how the Palestinian Authority acts exactly against what could only be considered a small move towards peace is ignored by world media.

The problem is even worse. The media feels compelled to portray “right wing Jews” as militants and “moderate Palestinians” as wanting peace. This photo indicates the first part is a lie and the news story proves the second is a lie as well. But the media will never want to admit it is wrong. the anti-Israel and pro-Palestinian narrative is too strong and they have too much invested in it.

The bias is never ending. 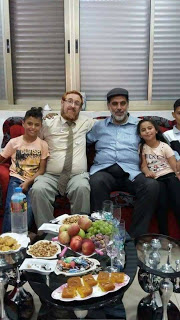