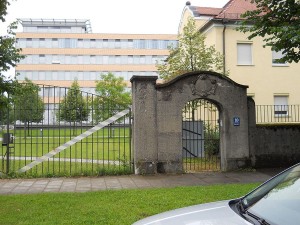 New York, March 15 – The Union of Orthodox Jewish Congregations of America, the world’s largest provider of supervision and certification for food products deemed to adhere to Jewish dietary law, has withheld its approbation from the renowned confections of manufacturer Wonka Enterprises over the latter’s insistence that no human enter the plant to conduct the necessary oversight.
A spokesman for the OU, as it is generally known, told reporters that talks with Willy Wonka had broken down over the requirement that the organization’s inspector be granted access to all parts of the manufacturing process for the products it would certify as kosher. Wonka, he explained, refused to compromise on his policy of allowing only his Oompa-Loompa staff and select trained wildlife to enter the compound.
“Kosher certification is based on complete transparency of the manufacturing process and the provenance of the ingredients used in that manufacture,” explained Rabbi Menachem Genack, head of the OU’s Kashrut Division. “Without direct visual access to all relevant sections of the production facility, we cannot certify that any Wonka products meet the criteria for kosher certification. All of our mashgichim maintain strict confidentiality, such that industrial espionage, which Mr. Wonka has previously indicated he views as a paramount concern, remains irrelevant. At this time we have no choice but to withhold our certification of any Wonka products as kosher.”
Rabbi Genack declined to comment on the substance of the talks, but alluded to the main sticking point. “In keeping with Jewish law and the character of evidence it accepts, we are unable to train Oompa-Loompas to serve as mashgichim. While doing so might allay Mr. Wonka’s espionage concerns, the laws of kashrut do not permit non-Jews, who are not bound to adhere to it, to attest to the kosher or on-kosher status of food,” he continued. “Furthermore, engaging as a mashgiach  someone already beholden to the entity under supervision constitutes a conflict of interest that negates his reliability.”
Official word on the product lines under consideration for kosher status was not forthcoming, but an OU staffer with knowledge of the talks, speaking on condition of anonymity, disclosed that the first line would include the Scrumdiddlyumptious bar, the Everlasting Gobstopper, Television Chocolate, and Square Candies That Look Round, with later additions to the roster to include edible buttercups and grass, lickable wallpaper, and Fizzy Lifting Drinks. Difficulties with meat-milk mixtures, as well as the intricacies of kosher meat, preclude certification of three-course-meal gum as kosher.
No comment was forthcoming from Wonka Enterprises, which cultivates a reputation for reclusiveness and secrecy.