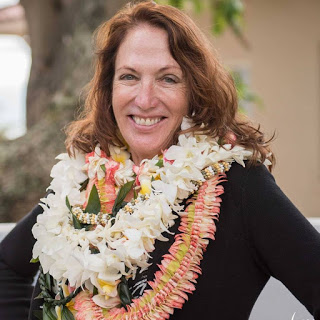 Yesterday, the founder of Women’s March, Teresa Shook, issued a blistering critique of the current leaders of the organization and their tolerance for antisemitism:

Bob Bland, Tamika Mallory, Linda Sarsour and Carmen Perez of Women’s March, Inc. have steered the Movement away from its true course. I have waited, hoping they would right the ship. But they have not. In opposition to our Unity Principles, they have allowed anti-Semitism, anti- LBGTQIA sentiment and hateful, racist rhetoric to become a part of the platform by their refusal to separate themselves from groups that espouse these racist, hateful beliefs. I call for the current Co-Chairs to step down and to let others lead who can restore faith in the Movement and its original intent. I stand in Solidarity with all the Sister March Organizations, to bring the Movement back to its authentic purpose. As Women’s March founder, I am stepping up to bring focus back to the Unity Principles on which our movement began, and with the support of all of those who marched and have continued to march, I pledge to support grassroots, decentralized leadership promoting a safe, worldwide community devoid of hate speech, bigotry and racism.

Predictably, Sarsour and Mallory and the rest issued their own statement accusing Shook of trying to fracture the movement that she herself founded.

But it was a comment from Mercy Morganfield to Shook’s post that really identified the specific outrages that Bland, Mallory, Sarsour and Perez do: 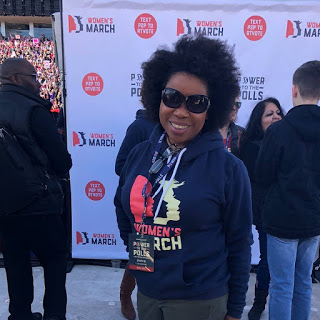 As an African American and past president of the DC chapter’s Women’s March. I agree with you, Ms. Shook. I’d repeatedly denounced Tamika’s anti-Semitic rhetoric in public and in private. I was shushed by Bob Bland as she protected Tamika. I was shushed by others who didnt want their criticism to reflect badly on women. But not only have they not held up the Unity Principles, they refused to give the chapters any accountability for the money they receive in donations and grants. The travel with a glam squad. They employ The Nation of Islam as security detail. They fly their family and friends everywhere. They stay in 5-Star hotels. They pay themselves a monthly stipend. They refuse to show financial records when asked. They want to trademark the name Women’s March although most of the original marchers have left. They are not only non-inclusive of certain segments of women but Tamika and Linda have betrayed all women by their subservience to radical religious beliefs that do not believe in equal rights for women. Tamika wrote about “enemies of Jesus” just as any right-wing anti-semitic establishment would write. All six should step down. It is a board of six friends and zero accountability. The four mentioned and two more friends. No involvement of state chapters who actually do all the work. I don’t think they will resign, not as long as millions of dollars are available for their personal use. This happens when four tokens are chosen. They were handpicked to make the movement look less white. That is not intersectionality. That is tokenism. And tokenism attracts predators.

Practically every sentence here is a bombshell, and I see no reason to doubt any of it. The accusation that the current board of the March is siphoning funds for their own use is something that needs to be investigated.

But within the tsunami of complaints is an accusation that would explain why the leaders of the Women’s March do not want to repudiate Louis Farrakhan and instead try to downplay his obvious hate.

They have a financial relationship with him.

The Women’s March is paying an antisemitic, anti-gay, anti-white, misogynist hate group – while at the same time pretending to adhere to Unity Principles that are against everything Nation of Islam stands for.

Morganfield’s post is not getting the same press as Shook’s, but hopefully today she will be interviewed and her accusations investigated by the media.