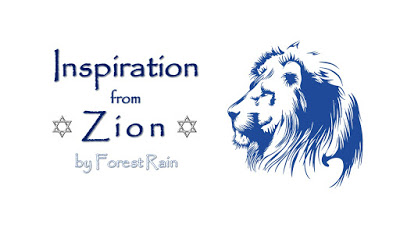 Last weekend we celebrated International Women’s Day.
In Israel feminist discourse is probably similar to that of other western countries, with our own unique twist. Our media is full of panels, consisting almost entirely of women, discussing the gender wage gap, the necessity of empowering women in the fields of technology and science and the male domination of the culture through the military and generals.
It is interesting to note how few realize just how deeply female empowerment is tied to the history, culture and current reality of the Nation of Israel.
From biblical times, throughout our history and today, women have shaped the fate of our nation – and even been the single instrument in preserving our very existence.
Without Miriam’s defiance of Pharaoh’s decree, we would not have had Moses. She dedicated much of her life to ensuring his and is thought to have been instrumental in helping lead the People of Israel out of slavery, through the desert to freedom.
Queen Esther prevented what could have been the first Jewish Holocaust. She stood alone, endangering her own life to speak for the Jewish People, with the understanding that not to speak, is to speak. Purim is a holiday that celebrates the happy result of her courage. Because of her, we exist today.
Devorah, the prophetess my grandmother was named after, was a venerated female leader and a judge who helped raise an army and lead the Nation of Israel to victory. It was Yael, another woman, who finalized the task killing the enemy general Sisera. And Devorah wasn’t the only prophetess, she is one of seven women prophetesses whose prophecies are recorded in the Bible.
Ruth’s choice led to the birth of King David.
It was a Yehudit, the sister of Judah Maccabee, who spurred her brothers on to revolt against the Greek oppression, to preserve the sanctity of Jewish women and return sovereignty to the people.
And like the women of ancient Israel, modern women also had key roles in the re-establishment of the Jewish State.
Ze’ev Jabotinsky was an adamant feminist who said:
“I hold the woman’s place over that of men in every fundamental aspect of public and private life. Except for brute labor which demands physical prowess, there is no position or profession that I would not prefer handing to a woman over a man.”
The Zionist movement is full of strong women who worked alongside men for the same goal – Sarah Aaronson the heroine of the NILI spy organization (who my mother was named after), like many other women in her milieu, learned to ride horses and shoot, like the men. Tziporah Zaid, the wife of Alexander Zaid, founder of Hashomer, did the same.
Henrietta Szold is one of the most famous female Zionist leaders, known for creating Hadassah. Golda Meir was the fourth woman in the world to be a Prime Minister, long before America ever dreamt of a female President.

Today Israel is full of women entrepreneurs, women who head their own corporations, manage banks, win Nobel prizes in science and are at every level of government.

With all this female accomplishment, the one role that no man can do is valued above all other achievements – motherhood. In Israel, no woman says “I’m just a mom.” In our society the position of mom outranks all others, including those whose decisions determine life and death for the People of Israel. In what other country in the world does the media respond to a new  Chief of Staff being nominated by calling his mom?
Our soldiers are crucial for our survival but is important to remember that it is Miriam Peretz, not her sons, who we uphold as an example to inspire the nation and teach what heart means.
In Israel, women who have skills and determination can achieve whatever they desire. We are blessed with freedom the women of our neighboring countries can only dream about. Our history provides inspiration, today’s achievements are awe inspiring.
Israeli society expects everyoneto be the best they can possibly be. One of the largest divisions in Israel’s Rafael Advanced Defense Systems is headed by a woman because, as she put it: “Rafael promotes people based on their skills, period.”
This, I believe is the true lesson of Women’s Day. Girls and boys can both learn from strong, female role models, just as we learn from strong male role models. There is no competition between the genders – the success of one, depends on the other. Both are necessary, each has unique capabilities and it is together that we WIN.