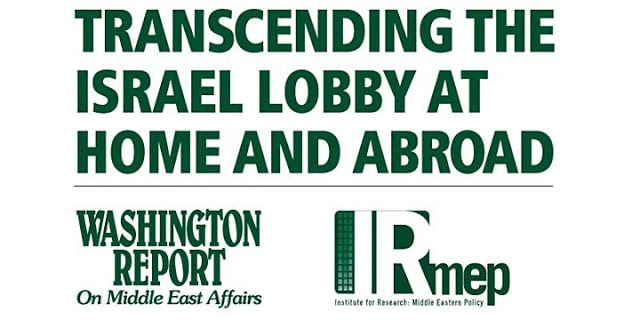 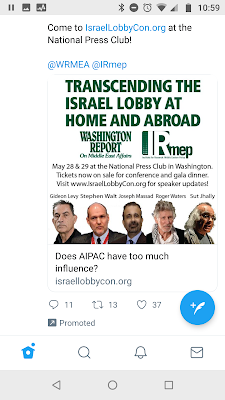 In May, the Washington Report on Middle East Affairs and IRmep will be holding an all-star Israel-bashing seminar at the National Press Club in Washington.

Those who attend have to adhere to some interesting rules:

Only the official videographer and accredited members of the news media will be allowed to record this event. Attendees are allowed to take still photos without using a flash. …
No public dissemination of third-party information in conjunction with or during the event is permitted without the express prior written permission of the organizers 30 days in advance of the conference. Individuals or organizations that violate or have in the past violated these conference or National Press Club rules or who disrupt orderly proceedings may have their conference credentials and/or tickets revoked and may not be permitted to participate in future events.

The first rule seems to be designed to ensure that if anyone says anything embarrassing – crossing the mythical line from “anti-Israel” to antisemitism, for example – there will be no evidence. The organizers must approve any news media in attendance, so you can be sure that “Zionist” media will not attend.

It took me a while to figure out what the second highlighted rule even means. I’m fairly sure it allows the organizers to kick out anyone they want if they send a single tweet during the conference.

The anti-Israel crowd is deathly afraid that one of their speakers will say something that will  make them look bad and they want to control the news. In addition, these rules are meant to discourage any Zionists from attending the event.

These rules are what one would expect to see in a third world country, not the National Press Club.

The only other place I could find the same wording of “No public dissemination of third-party information…” was from a similar anti-Israel and antisemitic conference from 2014, the “National Summit to Reassess the U.S.—Israel ‘Special Relationship,'” also sponsored by IRmep.

Pro-Israel conferences like AIPAC live-stream the entire show. They have nothing to hide.

Clearly WRMEA and IRmep do have something to hide from the public.