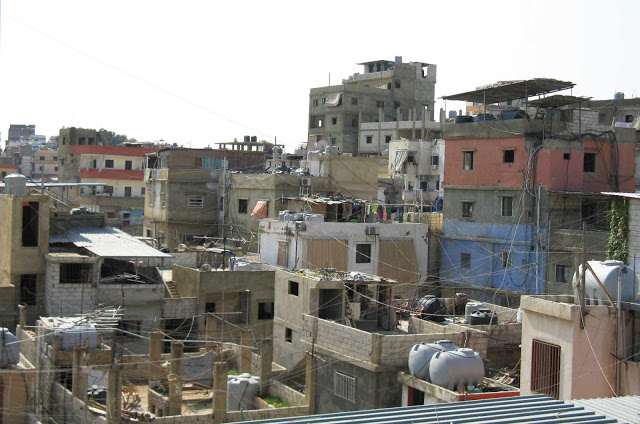 There are a few differences between life for Palestinians in Gaza and in Lebanon.

While camps in Gaza resemble small towns, those in Lebanon are slums. Gaza “refugees” have access to hospitals, there are no hospitals in Lebanese camps and there are restrictions on entering and exiting them. The population density of Gaza is about 5000 per square kilometer; in the Ein al Hilweh camp in south Lebanon it is 40,000 – eight times as crowded as Gaza.

If a coronavirus outbreak in Gaza would be catastrophic, imagine how bad it would be in Lebanese Palestinian camps.


Up until now, Palestinian refugees, who have been living in Lebanon for decades yet remain without rights, are not clear about what actions are being taken to protect and support their communities. In a recent interview, the United Nations Relief and Works Agency for Palestinian Refugees (UNRWA) stated that an emergency room has been set up for Palestinians. It hasn’t, however, shared any information about an actual response plan beyond “awareness” campaigns. Awareness can be helpful but not necessarily effective to people who have no access to healthcare, or the right to access healthcare. Moreover, the Lebanese Red Cross recently refused to transfer a patient from a refugee camp to the RFUH, causing more anxiety amid camps residents.

Many Palestinians worry that they might be forced to pay for testing and hospitalization, money they don’t have. Making the situation worse, xenophobic discourses remain and intensify with no end in sight, even in a raging epidemic. Several Lebanese officials such as Samir Geagea, for instance, have called for greater control in refugee camps, places where Palestinians are  already under complete surveillance and control. These practices separate those who are deemed “deserving” of treatment from those who are “not deserving.” Citizens, in cases of pandemics, are typically framed as sanitary subjects deserving to survive whereas the non-citizen, the refugees, are “un-sanitized” and a “burden” and, thus, not deserving of treatment or allowed to live. This is complicated by the normalized xenophobic treatment causing Palestinians to be wary of health services in Lebanon. In 2018, for instance,  a three-year-old Palestinian boy died after hospitals across Lebanon refused to provide him with a bed in an intensive care unit because of his nationality.

Palestinian refugees in Lebanon lack health and other forms of social security, and those who live in camps face added challenges.   Palestinians in refugee camps experienced health complications caused by deteriorating living conditions, low wages, 66% poverty rate and increasing deprivation. Without access to health care, anxieties and fear intensified as refugees face the increasing threat of a COVID-19 outbreak, even as many pertinent questions remain unanswered. Meanwhile, the UNRWA has been experiencing an ongoing drastic cutback, especially its health services.

Palestinians living in Lebanon are  almost entirely dependent on the UNRWA and other humanitarian NGOs for most aspects of their lives because they are excluded from (Lebanese) public education, public health and other social services.

As of this morning there are 267 known cases of COVID-19 in Lebanon. I am not aware of any in the camps – yet.

There is another difference between Gaza and Lebanon.

While the Israel-hating Left in the US and Europe are pretending to agonize over the possibility of a coronavirus outbreak in Gaza, and even raise money for purportedly helping Gazans, they are completely silent about the same possibility in far more overcrowded Palestinian camps in Lebanon.

If Palestinian problems cannot be blamed on Jews, they are not worth the time or effort of so-called “Palestinian activists.”