A guest post by Victor Muslin. This is part 2 – EoZ

It is common wisdom that approximately 10% of students on a typical campus are committed supporters of Israel and 20% of students are committed anti-Zionists whose minds cannot be changed by facts or arguments. Therefore, pro-Israel students have been advised to concentrate on winning over the remaining 70% of the undecided. The problem with this strategy is that it assumes that the “undecided” are unbiased and would be potentially interested in joining either side if it were not for their ignorance. However, there are other, more significant reasons why these students have not taken sides. Many are apathetic and not interested in Israeli-Palestinian issues; their minds cannot be changed by any tactic that requires an investment of effort to learn the truth. The rest feel that joining the pro-Israel side would be uncool and would damage their social standing. This is where the perverse notion of intersectionality—pervasive on campus but largely ignored by liberal professional advice-givers—plays a huge role. The threat of this pernicious ideology that aligns every group against Jews cannot be overstated. To be a part of social justice circles students must demonstrate that they are anti-Israel.
Intersectionality is a key reason why pro-Israel Jews have lost ground on campus and in society at large. By using intersectionality, Islamists have hijacked the good intentions of otherwise decent people and have made antisemitism palatable. By linking together unrelated—often contradictory—grievances, Islamists have weaponized intersectionality and have infiltrated every social justice movement, assigning every possible nasty quality to Israel supporters—and Jews in general—in order to exclude them from participation in social justice causes. By positioning anti-Zionism as a purely political issue Islamists inoculated themselves against legitimate charges of antisemitism or racism.
By combining intersectionality with what they falsely claim to be a “political disagreement”, Islamists defanged traditional tactics that relied on shaming and social pressure. Together with the identitarian progressives, Islamists undermined and inverted Western social norms that open liberal societies traditionally used to restrain the virus of hate. Thus, once the scarlet letter had been blotted out, it became impossible to generate bad publicity to inflict reputational damage on universities promoting or tolerating Zionophobia. As long as the universities could plausibly claim to be on the forefront of other social justice causes—such as diversity and inclusion—and as long as their faculty and students were careful to lambast “Zionists” rather than “Jews,” they were insulated from ignominy and were free to spread the new antisemitism. The antisemitic absolution has been purchased with intersectional indulgence that allowed to slander, demonize, delegitimize, and apply a double standard to the only Jewish state in the world and the only liberal democracy in the Middle East. The problem with academia goes deeper than Zionophobia, but antipathy to Jews and Israel—“the Jew among nations“—is usually the first manifestation.

Despite a mountain of advice, Zionophobia on campuses has been getting worse and more virulent. One would think that this calls for some introspection and that the professional advice-givers would step back and evaluate why the trend continues in the wrong direction. Perhaps, instead of the same old “more education”, “more engagement”, “more listening”, “more nuance”, “more positivity”, “more Israel-is-cool” advice, it would pay to first determine why the advice given so far has not produced the expected results? Sadly, this is either not happening or, if it is, no new strategies based on data-driven assessments and results-oriented success metrics have been implemented.
Bizarrely, some professional advice-givers disregard overwhelming evidence and believe that the situation on campus has actually improved. A year ago another member of Columbia University’s chapter of Alums for Campus Fairness (ACF) and I met with the National Campus Outreach Director of a major Jewish organization to discuss potential synergies. During the unproductive and frustrating conversation, we were repeatedly advised to let the “professionals” handle the situation on our campus because, having attended numerous conferences, they were better equipped for it. We were told that the role of alumni should be limited to supporting functions, specifically, to exhibiting their materials and promoting this particular organization on Columbia’s prestigious campus. After an hour of getting nowhere, we asked in exasperation whether the National Campus Outreach Director thought that the situation on campus improved over the last one, three, or five years due to the strategies she was advocating. To our amazement the Director indeed believed that the situation on campus had improved because she and her colleagues had done an effective job. At this point we politely said “thank you” and walked out. This is what is called “drinking too much of one’s own Kool-Aid.” 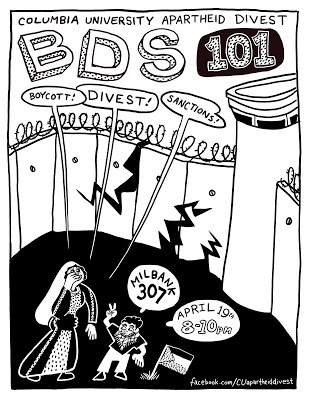 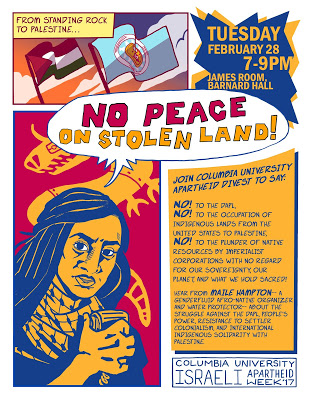 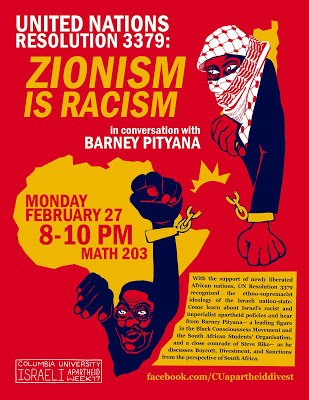 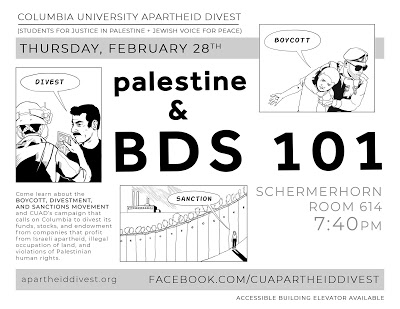 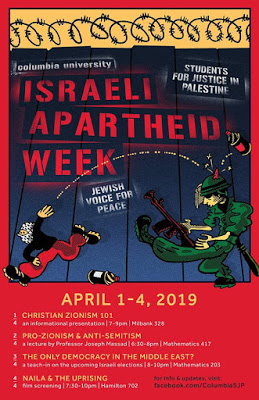 Besides a delusional lack of self-assessment, pro-Israel advocacy on campus suffers from stale, ineffective strategies and defensive, measured tactics that make the pro-Israel advocates—both students and adults—appear tentative. These approaches are no match for the brazen commitment of the obnoxious anti-Israel brigade.
In part 3 we will give some different advice that does actually work.


For more information about Zionophobia in academia and specifically at Columbia University and Barnard College, please visit https://www.cu-monitor.com/