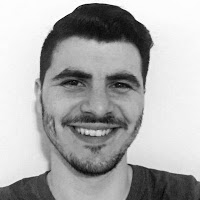 Babushka’s take on antisemitism in the US:

Even if people changed their nationality, it doesn’t save them from antisemites: they beat Jews not by the passport but by the face.

There is something deeply endearing about the no-nonsense way FSU Jews of my Babushka’s (and my parent’s) generation  understand and speak of antisemitism. Of course, when you come from a place where antisemitism was not only common but was *normal* it colors your view of the world.

I’ve been thinking a lot lately about the antisemitism Babushka and my mom faced in light of the latest shenanigans from Linda Sarsour & @WomensMarch.

The rhetoric they have deployed has frustrated many Jews, and especially many progressive Jewish women. For Jewish immigrants from the Soviet Union, @lsarsour’s rhetoric & posture evokes a different and altogether more disturbing experience.

The rhetoric of the contemporary far-left in the West regarding Israel and Jews didn’t spring from nowhere. It didn’t happen organically. It was a part of Soviet foreign and domestic policy for decades.

Abroad, it was used to help shape leftist movements to advance Soviet objectives in the Middle East. Namely, to undermine Western, and especially American, ties with Arab countries.
At home, the “anti-Israel” politics was used to silence two million Soviet Jews.

Israel was demonized in pop culture and Jews were often coerced into denouncing Israel. Those that sought to move there were accused of being reactionaries and fascists.

The Soviets weren’t big on moral imagination since it’s hard to run a totalitarian state that way. But the reality is that their nation and the one they inherited (Czarist Russia) played a huge role in triggering successive waves of Zionism.

Czarist Russian policy of segregating, impoverishing, and periodically raping and murdering Jews drove over 2 million to emigrate, many to America.

It also drove the rise of Zionism.

It is not a coincidence that so many early Zionists were from the Russian empire.State-sanctioned pogroms, which featured both murder and widespread sexual violence, radicalized many Jews.

The Bolsheviks promised a better future. In some ways, they delivered. Soviet Jews were no longer segregated to the Pale of Settlement. Many began to get a higher education.

But it came at a heavy price.

Synagogues were shut down. Yiddish papers & schools were shut down. Rabbis were imprisoned or shot. Hebrew poets were criminalized as reactionaries. The lucky few, like Chaim Bialik, escaped to Tel Aviv. Many others perished.

In the place of Jewish culture came a sanitized Soviet one which preached equality and officially condemned antisemitism–as the Soviets defined it.

When the Nazis invaded the Soviet Union, an estimated 900,000 Soviet Jews were evacuated to the east, to places like Siberia, Uzbekistan, and Kazakhstan.

The Soviet record on saving Jews is, to put it mildly, far better than that of other Eastern European nations. And even with this colossal state effort, 1.5 million Soviet Jews were systematically murdered by the Nazis with the help of local collaborators.

Despite ending Czarist policies on segregation, most Soviet Jews still lived in or near the Pale of Settlement. The former Pale would be among the first Soviet territories invaded by the Nazis and among the last to be liberated as the Red Army marched west.

The scale was, of course, massively larger.

When the war ended, the Soviet Union had more dead civilians than soldiers, by several million. The systematic targeting of Jews sat uncomfortably with Soviet propaganda about the war and was largely whitewashed.

Jews who returned to the craters that were their homes discovered what they had largely suspected: their loved ones were gone, likely burned or buried in a mass grave.

The first memorials Soviet Jews tried to erect, in places like Babi Yar and the woods near Riga, were swiftly demolished by the Soviet authorities and the people involved were punished. Despite preaching a rhetoric of equality, systematic discrimination against religious and ethnic minorities, including Jews, was rampant.

In the early 1950s, Stalin began planning a new Holocaust against the remaining Soviet Jews.

Luckily, he died and the plan was abandoned. Still, discrimination persisted.

If you know any Russian-speaking Jews, you likely know programmers, mathematicians, etc…

The reason for that was that many career paths, such as diplomacy and intelligence, had large barriers to Jewish entry. They worried about dual loyalty.

Speak to Soviet Jews over the age of 40 and you’ll hear stories of antisemitic rhetoric and violence that began in elementary school.

My mother recalled how she dreaded the start of the school year because teachers would always have the Jews identify themselves on the first day.

Through mass media and their social environments, Soviet Jews had it repeated to them daily that they were weak, less than, unattractive, and generally inferior. Leaving school entailed regular run-ins with gangs of teenagers who beat Jews for sport.

Is it any surprise that Jews wanted to leave? That they began to take pride in the things they were hated for? That they grew to feel contempt for a rhetoric of equality that never seemed to apply to them in practice?

To be sure, Linda Sarsour and the Women’s March do not have a fraction of the power of the Soviet government and they do not operate in nearly the same social climate.

But the way they think about Jews brings to mind, for Jews like me, a past & a country we left for good reason.

Linda and the Women’s March deploy rhetoric of equality that is not matched by their actions. Statements about opposing antisemitism are at odds with familiar accusations of dual loyalty.
As you watch this cycle of antisemitic drama from Linda Sarsour repeat itself again and again, learn from Soviet Jews when they tell you that nice words mean very little in light of repeated actions that suggest radically different intentions.