In the book Freakonomics, on chapter deals with the question “Why do Drug Dealers Still Live With Their Moms?” In providing an answer, the book touches on the sensitive relationship between drug gangs and the communities they live in. One particularly sensitive area is the murder of gang members and how it affects the expenses of drug gangs:


The miscellaneous expenses also include the costs associated with a gang member’s murder. The gang not only paid for the funeral but often gave a stipend of up to three years’ wages to the victim’s family. Venkatesh had once asked why the gang was so generous in this regard. “That’s a f****** stupid question,” he was told, “’cause as long as you been with us, you still don’t understand that their families is our families. We can’t just leave ’em out. We been knowing these folks our whole lives, man so we grieve when they grieve. You got to respect the family.” There was another reason for the death benefits: the gang reared community backlash (its enterprise was plainly a destructive one) and figured it could buy some goodwill for a few hundred dollars here and there. [pp 101-2] 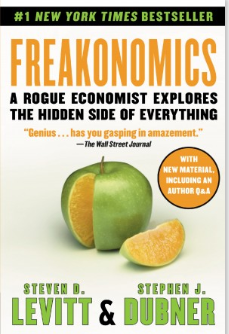 We can argue about just how much respect drug gangs actually have for the communities they live in considering the destruction they caused.

But there is no denying that paying stipends to the surviving families is good politics.

If there is one thing – and perhaps there is only one thing – that Abbas does for the Arabs who live in the West Bank, it is to pay stipends to the surviving families of Palestinian terrorists who are killed as well as to the terrorists who survive. It is a good public relations move that shows that he and the PA is good for something.

But it also gives an incentive to Arabs to stay loyal to Fatah and not join Hamas. Is it any wonder that Abbas won’t give in to the pressure to stop the payments to terrorists? Does anyone honestly believe Abbas insists on these payments out of altruism? That money helps to keep Fatah intact.

This second motivation for the stipends goes back to when they were first started, in 1964, under Arafat. According to the book, Humanitarian Rackets and their Moral Hazards: The Case of the Palestinian Refugee Camps in Lebanon,


Fatah had originally established what was known as the Palestine Mujahidin and Martyrs Fund in September 1964 to financially recompense families of martyred, disabled or captured Fatah guerrillas. It was later transferred to the PLO, where it became know as SAMED. The fund was providing pensions and social assistance to more than 20,000 families by 1980. But this was a reflection of Arafat’s extension of his patronage network to incorporate families allied to PLO guerrilla groups The Martyrs Fund provided financial assistance only to those dying either of combat or natural causes, so long as it was during their active member hip in the PLO groups. This forced family members of non-PLO combatants to reclassify their dead in order to receive the stipend Today in the camps of Lebanon a significant portion of families who have sons or fathers who were guerrillas are still in receipt of such PLO payments

Gangs, whether of drug dealers or terrorists, know how to keep their people loyal.

Maybe that explains the Israeli tactic of destroying the homes of the families of terrorists. It provides a contrary motivation to those families, that maybe the money is not worth it. It is debatable whether the strategy has been successful enough to justify it, especially considering the bad optics it generates.

But terrorists have a major advantage over drug gangs.

According to the quote above from Freakonomics, the pensions received by the families of the murdered gangsters was for only 3 years, and the amount paid was equal to their salary at the time of their deaths. While the leader of a drug gang could make in the area of $8,500 each month, for a total of about $100,000 a year, the 3 officers working just under the boss (in this case) made about $7.00 per hour [$14,560.00 per year] — and the rank and file made around $3.30 per hour [$6,864.00 per year]. Also, the money for these stipends came from within the organization (see here)

Compare that with the largesse of Palestinian terrorist organizations.

The drug gangs are paying their stipend out-of-pocket and – for a maximum of 3 years.
Abbas is paying the Fatah stipend out of funding provided by the EU – for life.

And according to the excerpt from the article “Humanitarian Rackets and their Moral Hazards” quoted above, a significant number of families in Lebanon who have sons or fathers who were terrorists are still receiving PLO payments.

Compared to the drug lords, Abbas is clearly running the better racket.