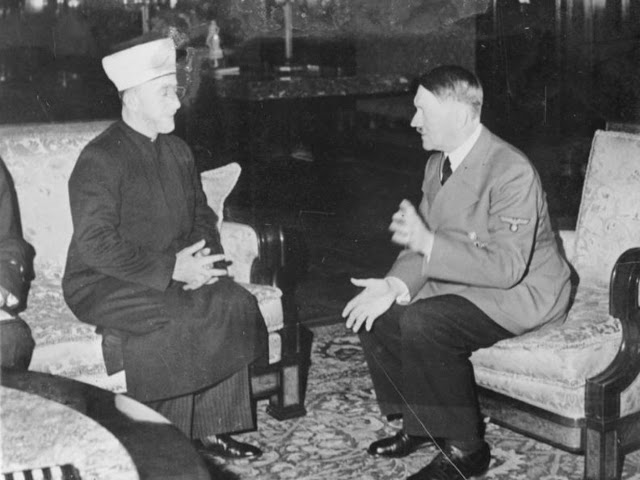 Democratic Rep. Rashida Tlaib said she “loves the fact” that her “Palestinian ancestors” were part an attempt “to create a safe haven for Jews” after the Holocaust, although the role “was forced on them” and took place “in a way that took their human dignity away.”

Tlaib referred to the recent commemoration of Holocaust Remembrance Day when asked about her decision to support a one-state solution, becoming the only Democratic member of Congress to buck her party’s position in favor of two states.

“There’s always kind of a calming feeling when I think of the tragedy of the Holocaust, that it was my ancestors — Palestinians — who lost their land and some lost their lives, their livelihood, their human dignity, their existence, in many ways, has been wiped out … in the name of trying to create a safe haven for Jews, post-Holocaust, post-tragedy and the horrific persecution of Jews across the world at that time. And I love the fact that it was my ancestors that provided that in many ways,” said Tlaib.

Let’s be clear: Palestinian Arabs were complicit in the deaths of hundreds of thousands of Jews, at the very least.

If it wasn’t for their rioting against Jewish immigration during British rule, the British wouldn’t have limited that immigration in in 1930 and then drastically reduced in in 1939, right when European Jews needed it the most.

Moreover, the Mufti of Jerusalem was a notorious antisemite who colluded with the Nazis and tried to ethnically cleanse Jews from Palestine – and yet remains a Palestinian hero today.

Uncountable numbers of Jewish men, women and children could have been safe and alive instead of gassed and burned by the Nazis if it wasn’t for the actions of the Arabs of Palestine.

After the Holocaust, the main people who were responsible for “horrific persecution of Jews across the world at that time” were Tlaib’s fellow Arabs, both in Palestine and throughout the rest of the Arab world.

Tlaib’s words go beyond mere whitewashing these historic facts. She is not only claiming that Palestinians deserve credit for helping Jews after the Holocaust. She is also saying that Palestinians were Holocaust victims themselves, by giving up “their lives, their livelihood, their human dignity, their existence” for Jews to have a place to go.

This is simply obscene from anyone, let alone a member of Congress.