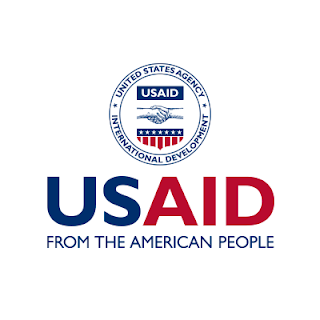 The United States Agency for International Development announced that half of its employees in the West Bank and Gaza will be let go in the coming weeks and by early 2019, the operations will be completely shut down.

The humanitarian agency is one of the largest and most important in the region.

The U.S. State Department informed USAID last week that by next month the agency would have to present a list of 60 percent of its employees to be dismissed as the first step in the shutdown that will be finalized by 2019.

USAID also buys medical equipment, provides humanitarian assistance to those in need of medical care and teaches lifesaving techniques to doctors from Gaza and the West Bank via Israel and other countries. In recent years USAID has conducted in-service education for teachers, built schools and worked on projects to keep young Palestinians in the education system.

USAID has been fairly concerned in making sure that it does not fund any people or groups associated with terrorism. At the same time, it has not been effective in training ordinary Palestinians to abhor terror and to accept Israel. Palestinian thinkers have warned that USAID promotes “normalization” but the PA has pushed back heavily against any such initiatives.

USAID describes its purpose this way:

The purpose of foreign aid should be ending the need for its existence, and we provide development assistance to help partner countries on their own development journey to self-reliance – looking at ways to help lift lives, build communities, and establish self-sufficiency.

Our efforts are both from and for the American people.

By those standards, has USAID been successful in the territories?

Are Palestinians more pro-American? Clearly not.

Did USAID address root causes of anti-Israel violence? Clearly not.

Did it open new markets in the territories? If it did, those markets are minuscule.

Did it advance democracy? Certainly not.

Did it advance governance? It seems that on the contrary, the Palestinian leaders are now dependent on foreigners to build their governance structure, and after over 20 years, one would think they would be more self sufficient if these foreign teams from the US and EU really were teaching them how to be self-sufficient.

Did it advance peace? No, although it possibly kept the status quo.

The head of USAID once said “I believe the purpose of foreign assistance is to end the need for its existence.” By that measure, USAID has failed Palestinians, and withdrawing it should be to their benefit – they have the tools, they just choose not to use them.

There is a danger to Israel by the removal of USAID. Infrastructure projects are needed no matter who funds them and if there is no safe water, for example, Israel will end up being more involved in Palestinian affairs rather than disengaging from them.

Chances are pretty good that for the medium term, the EU will happily make up the shortfall from the absence of USAID. But that pushes the main problem off – if the purpose of this aid is to build self sufficiency, then the programs must have that goal in mind from the start, instead of creating a welfare society where Palestinians expect the West to do everything for them, as exists today.

It is absurd that so many years after Oslo the Palestinians have not learned to build their own institutions. Zionists in the 1920s and 1930s essentially built their state institutions without foreign assistance and they were ready in 1948 to govern themselves.

The world needs to look at exactly why “Palestine” has not progressed significantly in self-sufficiency since 1994.