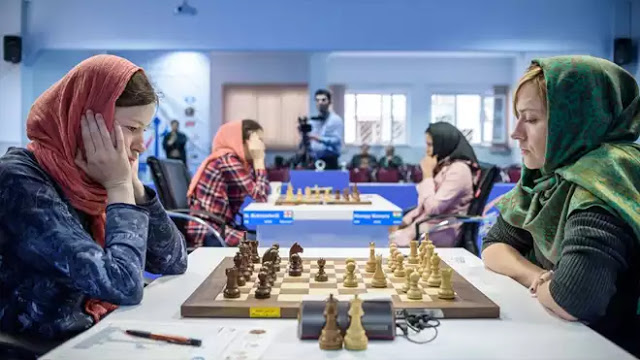 
The world’s top female chess players have reacted with horror after being told they must compete at next year’s world championship wearing a hijab.

Within hours of Iran being revealed as its host country, the prestigious event was plunged into crisis as it emerged players taking part face arrest if they don’t cover up.

In response, Grandmasters lined up to say they would boycott the 64-player knock-out and accused the game’s scandal-hit governing body Fide of failing to stand up for women’s rights.

The choice of Iran as the venue is even more bizarre because the US has a travel warning to Iran. 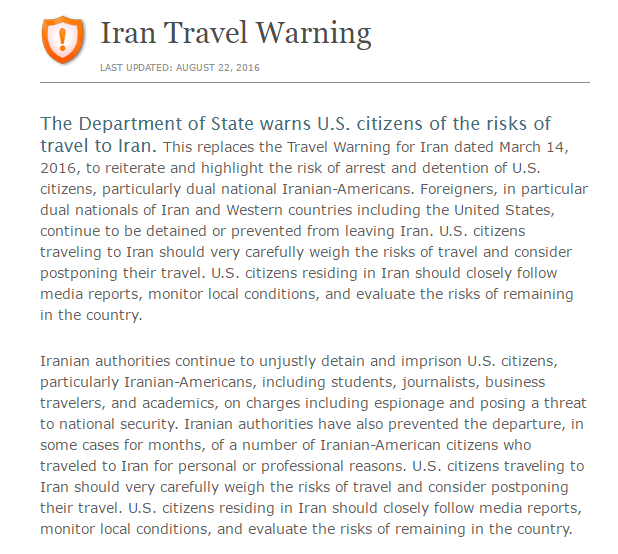 What are American chess players to do?


Iran was the only country which made a proposal to host the event, a World Chess Federation (FIDE) spokeswoman told CNN in a statement.

She added that since there were no objections from any of the other 150 national chess federations — including the US — FIDE’s General Assembly accepted the proposal.

The justification for the decision by FIDE was bizarre:


Susan Polgar, the Hungarian-born American Grandmaster and chair of Fide’s Commission for Women’s Chess, responded by defending the federation and saying women should respect “cultural differences”.

She said: “I have travelled to nearly 60 countries. When I visited different places with different cultures, I like to show my respect by dressing up in their traditional style of clothing. No one asked me to do it. I just do it out of respect.

“I personally would have no issues with wearing a head scarf (hijab) as long as it is the same to all players. I believe the organisers provided beautiful choices for past participants of Women’s Grand Prix.

Polgar is free to act as she wants to out of her views of respect, but to force others to do something against their will doesn’t show respect – it shows disrespect.