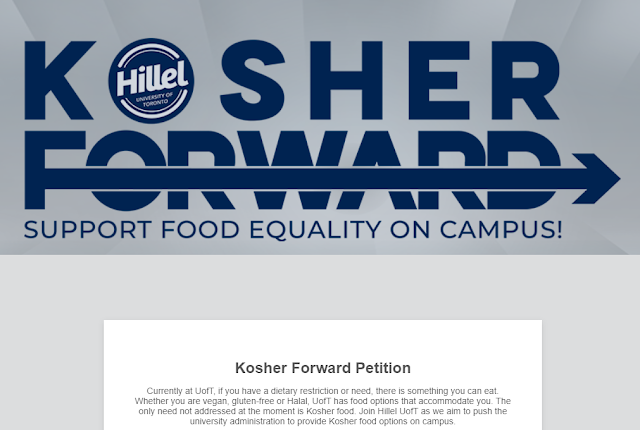 In case you still didn’t think that BDS was antisemitic….

A Toronto student union has refused to support a drive to make kosher food accessible on campus because its backers are “pro-Israel.”

Last week, a Jewish student wrote to the University of Toronto Graduate Students’ Union (GSU), asking it to consider supporting an ongoing campaign by Hillel to secure kosher food access on campus. In response, the student was told: “I doubt the Executive Committee will be comfortable recommending this motion given that the organisation hosting it (Hillel) is openly pro-Israel.”

The response email added that any move to support the kosher food campaign could be contrary to “the will of the membership,” an apparent reference to the GSU’s adoption of the Boycott, Divestment and Sanctions (BDS) Movement targeting the Jewish State in 2012.

The GSU is the only student union in Canada with a committee dedicated to promoting the BDS Movement.

On Sunday, B’nai Brith wrote to officials at the University, asking them to swiftly condemn the GSU’s stance on the kosher food initiative, ensure that the complaint against the GSU BDS Committee is expedited, and work to make kosher food more accessible on campus. 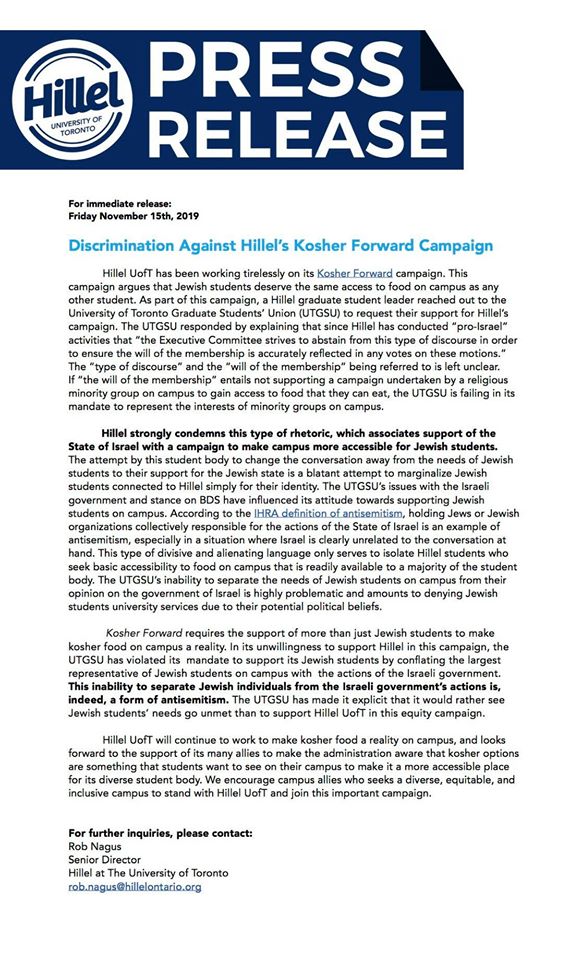 The BDSers are effectively saying that as long as Jews support Israel, they should starve.