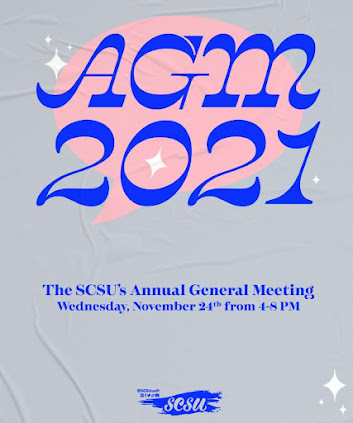 It turns out the story about the University of Toronto -Scarborough Student Union (SCSU)  is much, much worse than I originally reported.

There were two resolutions passed. One was the pro-BDS resolution that I reported about, saying that all vendors – including kosher food vendors – must pass an anti-Israel purity test before being allowed to serve the campus.
But there was another resolution passed at the same time that was arguably even worse.
The Jewish Students Union submitted a motion to counteract the BDS motion, emphasizing that Jewish students must be treated equally as any other student, with the freedom to hold any political opinions.
The SCSU passed the motion – after taking out the parts it found objectionable, including giving Jewish students equal rights on campus!
Those parts included the right for Jewish organizations to exist on campus.
And it did this without even consulting the Jewish students who drafted the motion.
In other words, the SCSU took a motion to support Jewish students and turned it into an antisemitic motion where Jewish students are denied the same rights that all other students have on campus.
Here is the entire resolution, entitled “RE-AFFIRMATION OF RIGHTS OF JEWISH STUDENTS AT UTSC,” with the deleted parts in blue and struck out.

WHEREAS the Scarborough Campus Students’ Union (SCSU) membership is a diverse mix of students of different nationalities, ethnicities, places of origin, and religions whose views sometimes conflict; and
WHEREAS Section 2 of the Canadian Charter of Rights and Freedoms protects freedom of expression everywhere in Canada subject to statutory limits of hate speech, including at UTSC; and
WHEREAS the Scarborough Campus Students’ Union’s equity statement assures students that “any form of discrimination and harassment will not be tolerated;” and
WHEREAS the SCSU equity statement further declares: “We all have an obligation to ensure that an open and inclusive space, free of hate is established;” and
WHEREAS the SCSU is obligated to follow the principles articulated in the University of Toronto’s Policy on the Recognition of Student Groups, stating, “the University will not attempt to censor, control or interfere with any group on the basis of its philosophy, beliefs, interests or opinions expressed unless and until these lead to activities which are illegal or which infringe the rights and freedoms already mentioned;” and
WHEREAS the SCSU membership includes Jewish students, including citizens of the State of Israel, who are protected under Ontario’s Human Rights Code (1962) based on creed, ancestry, place of origin, and/or ethnic origin, defined as “social, cultural or religious practices drawn from a common heritage or a shared historical past;” and
WHEREAS provisions of the Ontario’s Human Rights Code protects Jews, including Jewish students, from discrimination in the provisions of services and by vocational associations and unions, including from discrimination by the SCSU or in the services the union provides students at UTSC; and
WHEREAS most Israeli citizens are compelled to serve in the Israeli military or perform mandatory national service.
BE IT RESOLVED that SCSU re-affirm its commitment to ensuring that Jewish students  are unencumbered by discriminatory policies or actions by the union or its officers, as promised by the union’s equity statement, and the Ontario Human Rights Code, by recognizing the right of Jewish students, like all students, to organize & advertise events to express their political, cultural and/or religious views; and

BE IT RESOLVED that SCSU executives oppose conditions that discriminate against, or significantly impede, full Jewish participation in political, religious, cultural, academic, or social life on and off campus. To do so, the union, its executives, and staff will:
1.  Continue to recognize Jewish student groups, including Jewish student groups affiliated with outside organizations, consistent with the University of Toronto’s Policy on the Recognition of Campus Groups; and
2.  Protect the right of Jewish students to enjoy their Charter rights of a freedom of expression on campus, including the articulation of political views, the practice of religious beliefs, and the display of Jewish symbols.
3.  Fund all recognized student groups who apply for, and qualify for, union funding for student programming events through normal processes without exceptions for particular political beliefs held by the student groups, the views expressed by participants or organizers of such events, or the political views of co-sponsors of the events.
4.  Refrain from placing restrictions on Jewish students or Jewish student organizations seeking to affiliate with outside organizations when organizing, funding, or advertising events beyond the limits established by the University of Toronto’s Policy on the Recognition of Student Groups
5.  Oppose and condemn hostile behavior directed against Jews because they are Jews, or Israeli students because they are Israeli citizens, by executives and staff of the SCSU, and discourage any such behavior in social media forums controlled by the SCSU, its executives, and staff.
6.  Eschew the use of union participation in the Boycott, Divestment and Sanctions (BDS) movement as an inhibition of student participation in campus organizations like Hillel, or community organizations like UJA or Independent Jewish Voices.
7.  Defend the principles of academic freedom, by ensuring that students, staff and faculty at UTSC enjoy opportunities to:

•  attend lectures, workshops and films about Israel and/or Palestine,

•  participate in joint research with Israelis or Israeli institutions,

•  enroll in classes offered in conjunction with Israeli universities,

•  travel or study abroad in Israel, or with organizations that support Israel or Zionism.
8.  Disavow remarks or rhetoric that may be seen as antisemitic, including statements that:

•  blame Jewish students for the actions of the Israeli government or military;
9.  Be mindful of conflating support for Israelis or Palestinians with support for actions by the governments of Israel, the Palestinian Authority, and their allies, or other groups operating within Israel and Palestine;
BE IT FURTHER RESOLVED that regardless of positions taken by the union on contemporary politics in Israel, Palestine, or more broadly in the Middle East, the union will continue to support campus events through normal processes including but not restricted to, educational events about the Holocaust, Jewish religious beliefs, or Jewish history, or current events that are organized or sponsored, in full or in part, by campus and community groups that support Israel or Zionism.
BE IT FURTHER RESOLVED that to avoid discriminating on the basis of ancestry or place of origin, the union will ensure that neither prior service in the Israeli military, nor reserve service in the Israeli military, will disqualify students, faculty and staff from engagement with the union.
BE IT FURTHER RESOLVED that the union will not refrain from co-sponsoring activities or entering into contracts with organizations that include participants, directors, or employees who have served in the Israeli military, or continue to hold reserve status in the Israeli military, solely on that basis.

By deleting the parts that it found inconsistent with BDS, the SCSU showed that it is explicitly opposed to academic freedom, to Jewish student groups being given the same rights as other student groups, and to Jewish students not being discriminated against!
This is pure antisemitism by any definition.
The President of the University of Toronto only addressed a small part of this in his letter by mentioning “striking of the language about academic freedom from the second motion.” But they struck the very first “be it resolved” that says Jewish students should not be discriminated against for any reason.
The SCSU says there are some reasons to discriminate against Jews!
This unilateral editing of the Jewish Student Union motion to change it to something it was not intended to be shows blatant disrespect for the Jewish community on campus, and the parts it chose to remove betray an actual desire to discriminate against Jewish students – no other students are forced to prove that they hold certain political positions to be treated equally on campus with everyone else.
BDS is antisemitic, and this proves it.
(h/t Andrew P.)