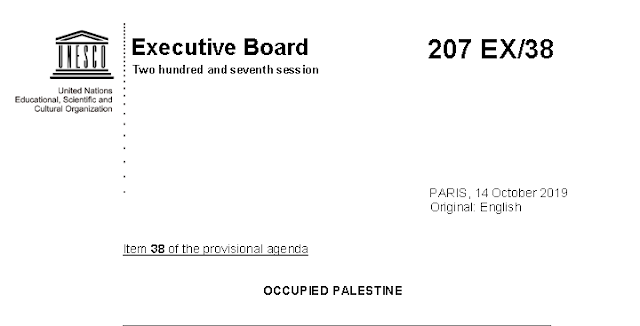 At Jordan’s urging, UNESCO issued a draft statement Monday reiterating its previous positions against Israeli moves in Jerusalem and Hebron.

UNESCO’s Executive Board has unanimously endorsed a draft resolution on the city of Jerusalem and its walls during its 207th session, Foreign Ministry Spokesperson Sufian Qudah said on Wednesday.

Qudah underlined the importance of the decision, which was the result of Jordanian diplomatic efforts, in coordination with Palestine and UNESCO’s Arab and Muslim groups, according to a Foreign Ministry statement.

The decision affirms all previous gains that have been stipulated in the Jerusalem file, he added.

Qudah highlighted that the resolution and its appendix stress all the components of Jordan’s stance on the Old City of Jerusalem and its walls, including Muslim and Christian holy sites, noting that it also reiterates rejection of all Israeli violations and unilateral measures at these locations.

The resolution calls on Israel to halt all illegal unilateral procedures and violations against Al Aqsa Mosque/Al Haram Al Sharif and in the Old City, Qudah said.

There is little new in the document – except for when it talks about Gaza:


7. The first week of May 2019, a serious eruption of hostilities took place in the Gaza Strip and southern Israel. In total 25 Palestinians were killed, including militants, four women and two children, in addition to 154 injured. The hostilities also caused a significant amount of destruction including damage to 41 housing units and 13 education facilities in Gaza1. On 6 May a cessation of hostilities was established, ending the escalation, after intense efforts by the United Nations and Egypt.

Why does UNESCO say “In total 25 Palestinians were killed”? Don’t Israelis count?

No.  Dead Israelis simply don’t exist to UNESCO. Only Palestinians are victims, Israelis are purely aggressors.

UNESCO’s anti-Israel bias has been obvious for years. But rarely has it been this egregious.