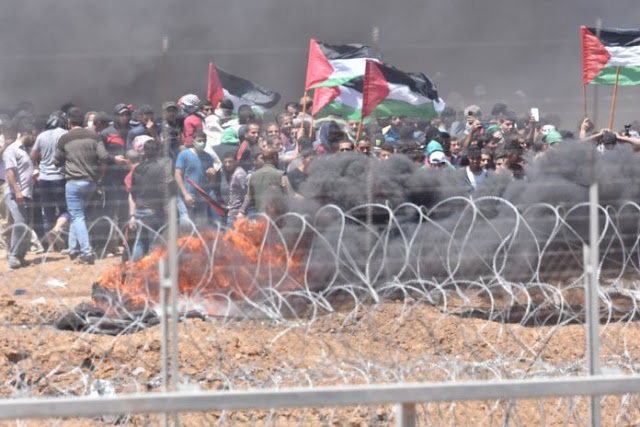 The story of the eight month old girl who was supposedly killed by Israeli teargas was quickly questioned when reporters, looking for more details on the story, found that there was more to it than Hamas propaganda indicated:

On Tuesday, a Gaza doctor told the Associated Press health official that the Hamas claim that an 8-month-old baby died from Israeli tear gas was inaccurate. He attested that the baby, Layla Ghandour, had a preexisting medical condition which caused her death.

The baby was literally at the border fence at the time, taken by her 12-year old nephew towards his grandmother who was there.

Reliefweb is a UN-run website that says, “We provide reliable and timely information, enabling humanitarian workers to make informed decisions and to plan effective response. We collect and deliver key information, including the latest reports, maps and infographics from trusted sources.“

One of their “trusted sources” is Islamic Relief, a UK-based NGO, which issued this statement reproduced on the UN site:

Over 50 Palestinians have been killed in Israeli gunfire over the past few days, including an eight-month-old baby, and more than 2,700 people have been injured. The victims have been involved in largely peaceful protests near the Israeli border which have come under fire.

No one on the planet claims that the girl was shot – except a UK-based NGO with links to Hamas.

This is what the UN considers to be “reliable and timely information.”

The idea that an NGO might also be an anti-Israel propaganda outlet is, apparently, a bonus for the UN.