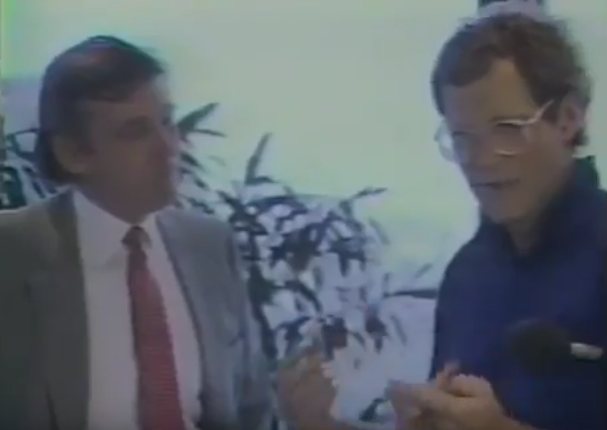 David Letterman visited Donald Trump in 1986, in what may have been Trump’s first appearance on the show.

When Letterman visits Trump’s office, there is a shot of the wall where Trump places various awards he had received.

Most prominent is the “Etz Chaim” award from some Jewish organization. 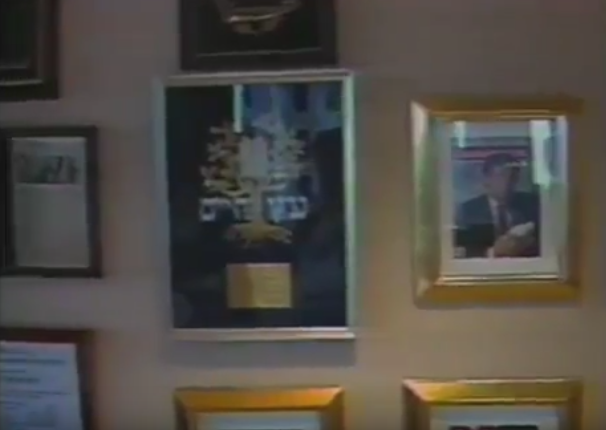 The words mean “Tree of Life.”

I also remember during a season of The Apprentice, there were two religious Jews in the competition. When one of them was on a team that lost one week, one of his teammates tried to get him “fired” by pointing out that he didn’t do much of the work on Saturday (the contestants would participate in meetings and such but wouldn’t violate any Sabbath prohibitions.)

Trump’s disdainful reaction was that he would never fire someone for adhering to his religious principles. 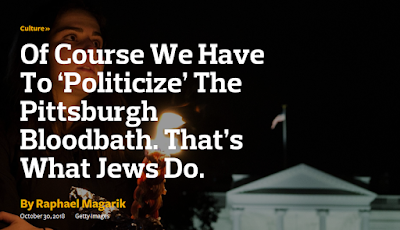 There is plenty to criticize Donald Trump about, including his not being forceful enough against white supremacists who openly praise him. But he is no antisemite, nor does he tolerate antisemitism. To politicize Pittsburgh into another reason to bash Trump as a tacit Jew-hater is disgusting.

No matter what The Forward says.

There is nothing wrong with analyzing why antisemitism exists in America. There is something very wrong about jumping to unwarranted conclusions.

Mourn and remember the dead. Don’t use them as a prop to push your political agenda. Don’t congratulate yourself for attending an anti-Trump rally and pretend that somehow you have done something about the problem.

The problem isn’t Trump – it is antisemitism. It is real. It exists on the right and on the left, it exists in some streams of Christianity and Islam, it exists among atheists and the fervent believers, it can be found among the educated as well as the ignorant. White people and people of color can be and are antisemites.

If you want to fight it, look for the strain that is in the group you identify with and fight it there. Don’t sit back and pretend that it is only a problem with your political opponents. If you think that, you are fooling yourself – and you are part of the problem.