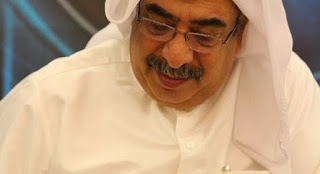 He starts off by saying that the Jewish and Zionist ideology is based on myths and legends, lies and greed, and it exploits antisemitism and the Holocaust to create a Jewish state “in the heart of the Arab and Islamic region.”

Zionists were helped in this endeavor by European racist politicians, like Cecil Rhodes – and Adolf Hitler.

The transplant of the colonialist racist and terrorist Jewish entity is alien to the region, the intruders came from overseas as a tool to impose a new Middle East project and to dominate it as a prelude to the hegemony of Zionism over the world.

It is amazing how much can be accomplished by taking centuries-old claims about Judaism and magically substituting “Zionism” for “Judaism.”

Hussein says that Jews should return from where they came – Germany, Russia, the Ukraine and others. Instead, he says, they celebrate their expulsion of Arabs as a national holiday.


World Zionism is successfully waging a relentless campaign against Arabism and Islam and prompted the American president and war criminal George W. Bush and British Prime Minister Tony Blair to launch a crusade on Islam and Arabism, and the destruction of Iraq and the deployment of the sectarian and ethnic war.

He ends off by saying that Israel is doomed to extinction, “sharing the fate of all intruders of Palestine throughout history, including princes and kings of the Crusades, and the fate of Nazi Germany and colonial French in Algeria and the apartheid in South Africa.”