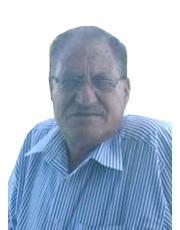 From an op-ed in  by Rashid Hassan in Addustour, a major Jordanian newspaper, about Mohammed’s birthday:

The most stubborn enemies of Islam and the Islamic nation were the Jews, and they still are. They embraced the Zionist ideology, which is based on racism, occupation, blood-shedding, ethnic cleansing, and worshipping force. The Jews were the first ones to scheme against the new religion, and the first ones to form alliances in order to kill it in its cradle. They knew full well that the victory of this religion (i.e. Islam), with all that it represents – noble notions, lofty and noble values – is sure to finish off their influence, which is based on civil strife, spreading corruption, usury, the spreading of lies and myths, etc. Their role in supporting ISIS and the (other) terrorist organizations is nothing but the continuation of their role in supporting the pagans of Quraish (Muhammad’s tribe that tried to kill him and his religion), supporting the munafiqun (pagans in Medina that embraced Islam only outwardly, in order to fight it from the inside). Their fate will be nothing but the fate of the Jews of Bani Qurayza, Bani Qaynuqaa and Bani Nadhir (the Jewish tribes of Medina, that Muhammad either slaughtered, or drove out). These tribes were mentioned by the prime minister of the enemy, Golda Meir, one day, when she was giving a speech at Umm Rashrash, Eilat. She said: “I can smell the smell of my folk in Khaibar” And what do you know about Khaibar? It is the den of conspiracies.

But they don’t hate Jews, no, no, not at all, how dare you think so?  Just because their media openly publishes antisemitic lies and not one person ever seems to get upset over it, that’s no evidence!