Hamid Dabashi is Hagop Kevorkian Professor of Iranian Studies and Comparative Literature at Columbia University in New York. He wrote an op-ed in Al Jazeera that starts off admirably being against racism and then devolves into a large aside filled with absurd hate against Israel.

The full rant is not worth the electrons it would use to post it here, but here is his conclusion for that section:

It’s funny, because anyone who has ever spent thirty seconds walking around in Jerusalem or Tel Aviv can see far more Muslims walking around than can be seen in the US or most of Europe. After all, Arabs are some 20% of Israel’s population.

They don’t walk around with the fear that American Muslims do. They aren’t worried about attacks on their homes or mosques. Their muezzin can be heard louder and more frequently than in any city in Europe. They have government funded schools. They have absolutely no worries about being ethnically cleansed. They have less fear of terror attacks than Jews do – in the Jewish state. The few anti-Arab incidents are statistically minuscule compared to the racist incidents in the US  – and even compared to antisemitic incidents in the West. Arabs are safer in Israel than they are in the rest of the Western world. Israeli Arabs and Palestinians in the territories are considerably more secure that they will remain in their own houses in ten years than Palestinians in Lebanon or Egypt.

In other words, Dabashi – a professor at Columbia – is a fraud and a liar. But he knows that his readers won’t call him on it because they live in the hate-Israel bubble where no anti-Zionist statement is too outrageous to be confidently said, and truth is a joke. 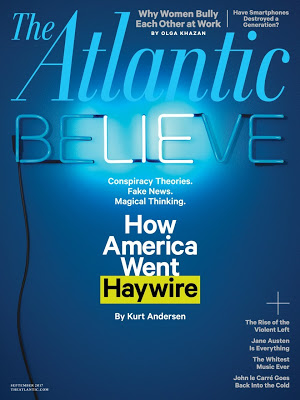 There is a lot of outrage over lies by the far-Right. The Atlantic has a cover story about how the truth is no longer of interest to the right in the US. But it ignores the lies of the Left. And the number of academics who are willing to openly lie to advance their own political agenda is arguably more dangerous that the liars and fantasists of the Right – because the Leftist liars claim the mantle of truth and the right to judge the others.

Dabashi is just another academic fraud.