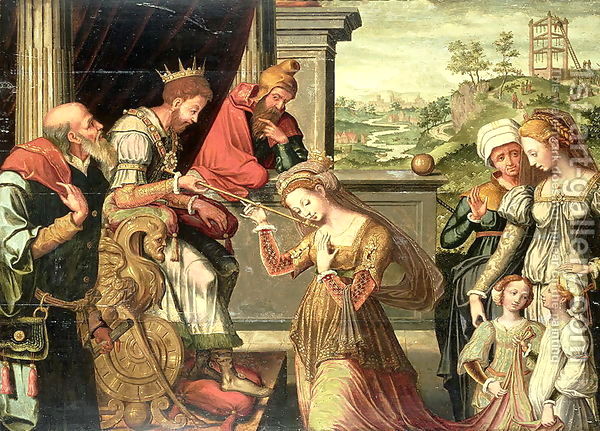 The headline is Purim, but the rest of this article is not.


We at Beyt Tikkun have been struggling internally about how to deal with the Jewish violence and revenge that is part of the Purim story.

The question we struggle with is: Should we boycott this holiday entirely? Is there a way to challenge its hurtful parts without discrediting the legitimate joy our people feels when it is saved from the intended violence against us?
…
At a Purim celebration last year Rabbi Dev Noily presented this very moving introduction to those chapters that momentarily woke up those who had come to “just have fun” with a message that forced everyone to realize that we were talking about Jews involved in mass killing….  Please read Rabbi Dev’s valuable words.

Rabbi Dev Noily’s introduction to chapter 9 of the Book of Esther:

And now, my friends, here comes the part
that, if you have one, will break your heart.
Na’hafoch na’hafoch,it’s all reversed,
all turned around and gone berserk.
What’s good is bad what’s bad is good,
there’s bloodshed where the hero stood.
Our people are spared, no one kills any Jews
and that, of course, is very good news.
If only the story could stop right here,
we’d offer thanks, we’d raise a cheer!
We’d dance and sing and shout in glee,
we’d be just who we hoped we’d be.
The Jews of Shushan would fall to their knees
with gratitude to the Source of Being.
But no, my friends, we’ll have no such luck.
As the story unfolds, we think,What the F – ???

This “Rabbi Dev” and “Rabbi” Lerner don’t even understand the basic plot of the Book of Esther. No, they cannot find a possible way to interpret the text in any way beyond bloodthirsty Jewish revenge.

This ridiculous poem is an introduction to Chapter 9 of Esther. Yet Chapter 8 explains exactly why the Jews were going on the offensive. It was because the king’s decree that would allow his subjects to murder all the Jews was still in force (verse 5), and a royal decree cannot be reversed (verse 8). Haman’s followers were sharpening their swords to murder the Jews at the very point in time that this ridiculous Tikkun “rabbi” claims that the Jews were saved.

Moreover, while the decree that Mordechai wrote would have allowed the Jews to kill not only the men but also their wives and children and to take their possessions, in chapter 9 there is no mention of any killing of women and children – it says in Shushan that 500 men were killed, and the 75,000 killed elsewhere are described only as “enemies” and “those who hated” the Jews. Furthermore, the chapter makes clear that the Jews did not take the possessions of their enemies, which again the edict would have allowed.

Why did the Jews not follow the edict allowing them to take the spoils? The answer may be because the wording of the edict in chapter 8 was meant to instill fear in the  enemies of the Jews as verse 2 of chapter 9 states, “no man could withstand them; for the fear of them [the Jews] was fallen upon all the peoples.”

Similarly, the wording of the edict used the word “avenge” – but the actual description of the fighting in chapter 9 does not.

There is a clear disconnect between the words of the edict and what is reported about what actually happened. How deep that disconnect is, we cannot say for sure.

What we can say is that not only are the Tikkun “rabbis” completely wrong in their assumption of Jewish bloodthirsty revenge for no reason,  but the very words of Esther can be easily interpreted to say that the Jews only destroyed the hard-core enemies bent on genocide, while the others who felt the (intended) fear from the edict opted out of the civil war, and the edict was worded in a way to avoid unnecessary casualties.

Why can’t Tikkun have figured out a way to interpret Esther in a way that would adhere perfectly to the Geneva Conventions as I showed here using only the plain text of the Megillah?

The answer is that, to Tikkun, the narrative of the warmongering militant Jew hell-bent on murdering civilians for no reason is too compelling for them to abandon. They aren’t bending over backwards to interpret the story in a way that they can tell their children that the Jews acted properly; they are bending over backwards to tell their children that they are more moral than the savage Jews of yesterday – and today.