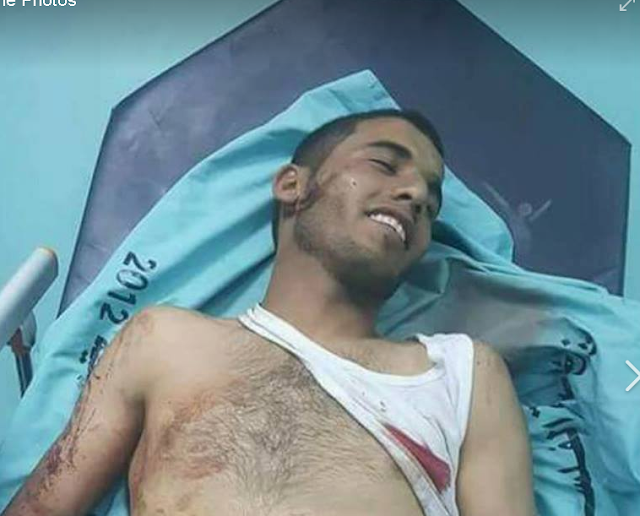 Hamas and Islamic Jihad media are celebrating the death of 19-year old Mu’tasim Bellah Fawzi Abu Luli, who was shot by Israeli forces on Monday.

They are most happy about the smile on his face in death.

The articles about him prove that Abu Luli planned to be “martyred.”

On Saturday night, his family says, he was singing songs about how he wants to be a martyr. His mother, when asked about his smile, says that he always talked about his desire for martyrdom, and therefore he was obviously happy.

His older brother Mohammed reported that he prepared for the Monday riots by preparing his bag that contained wire cutters so he could cut the fence with Israel.

He said, “His friends told us that he advanced towards the fence only a few meters from the occupation soldiers and managed to cut [the fence] at 11:30 am. His friends told him: ‘Go back, ‘ but he refused to return and insisted on staying until he broke through the fence.”.

He continued: “After half an hour, the youths came to him under the cover of thick smoke emitted from rubber tires and found him lying in his blood, he was sniped by Israeli soldiers in his head.”

Mu’tasim may not have been a member of Hamas, but he was just as much a terrorist. He was manipulated by Hamas and other incitement to want to be killed – and he was going to keep going until he got his wish.

The Western media is not going to bother to tell the story of Mu’tasim Abu Lili. But the Arabic media is anxious to. Because they want to encourage more people to act like him.