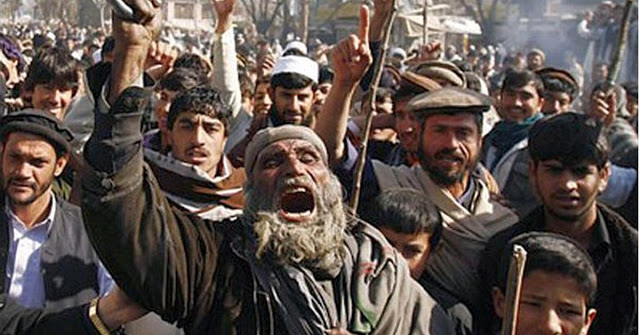 You know about the Golden Rule.

You know about human rights.

You know about natural law.

But there is one little known moral principle that overrides all of these things. It is rarely spoken about, but over the past 50 years (and even earlier) it has been the overriding rule, far more important than any of the others.

And that rule is “don’t piss off the Muslims.”

People are up in arms over the story of the local council in Sydney, Australia, which blocked plans for a new synagogue because it may become a terrorist target and therefore is a security risk.

You might say that Australian Jews have the freedom of worship and freedom of religion and freedom of assembly. Sure they do. But those freedoms are nothing compared to the overriding moral principle of our time, Don’t Piss Off the Muslims.

The decision is not surprising. The UN, the arbiter of how states are supposed to act, has adopted this rule enthusiastically, pretending it is about human rights. Western nations stung by the Arab oil boycott in the 1970s have embraced this rule, pretending that it is about international law.

The entire history of Middle East peace attempts are based on this rule. Not international law, not justified claims, nothing like that. it is all a smokescreen to cover what the real imperative is: Don’t Piss Off the Muslims.

Newspapers, TV news and Hollywood have all enthusiastically adopted this rule above all others, using the excuse of “preventing Islamophobia.”

President George Bush made sure that he fulfilled this rule by specifically going to a mosque while the World Trade Center was still burning and Muslims around the world cheering over the death of thousands of Americans, saying that “Islam is peace.”

Even the Prime Minister of Israel embraces this rule, removing non-obtrusive detection technology at the entrance to a holy site and severely limiting the freedom of worship of Jews and Christians there, claiming – exactly like the Australians – that undefined, nebulous security concerns are more important than basic human rights.

But the real reason is the rule: Don’t Piss Off the Muslims.

The Sydney town council did not do anything surprising. It is all a natural, logical application of the overriding moral imperative of today. All the other concepts of rights and morality are subservient to this rule.

To say otherwise would be Islamophobic.