TOP NEWS
http://elderofziyon.blogspot.com/2019/06/the-uns-false-palestinian-history-part-2.html
I continue going through the Palestinian Question display in the halls of the United Nations. Part 1 here. 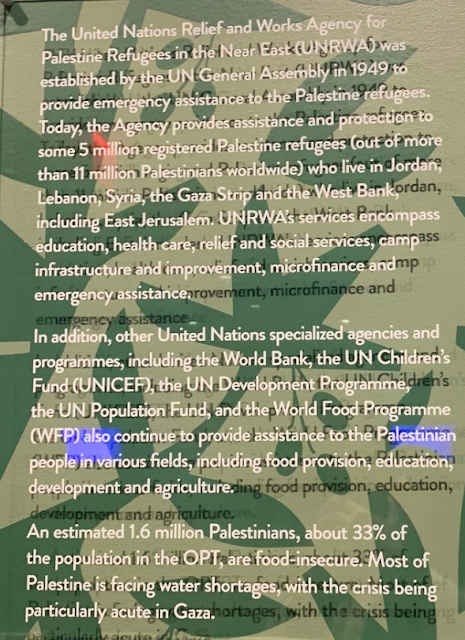 I’m not going to spend too much time on this UNRWA section; the problems with UNRWA having a different definition of refugee from the one spelled out in the Refugee Convention is a topic we have covered many times, and by no stretch of the imagination can anyone say there are 5 million refugees today.
The display, as mentioned, does not mention the Intifadas. It also skips over Oslo and Arafat’s refusal to accept a state. True, the UN wasn’t involved but the history matters, people reading this as their education on Palestinian history learn virtually nothing about why they do not have a state – because they rejected it many times. 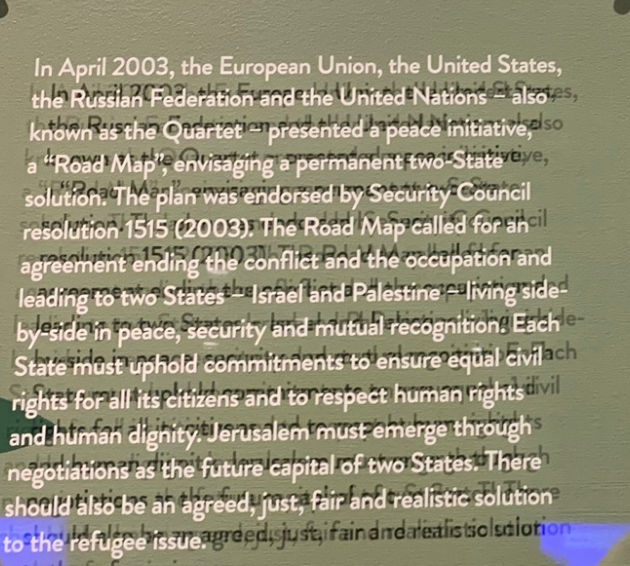 UNSC 1515 does not say much but that the UN endorses the Quartet’s roadmap.
The roadmap does not mention Jerusalem as capital of Palestine at all, although it implies that it should be divided: “a negotiated resolution on the status of Jerusalem that takes into account the political and religious concerns of both sides, and protects the religious interests of Jews, Christians, and Muslims worldwide, and fulfills the vision of two states, Israel and sovereign, independent, democratic and viable Palestine, living side-by-side in peace and security.” But there is nothing in that text, a least, that precludes Israel maintaining control over all of Jerusalem.
The exhibit again ignores Israel’s peace offer in 2008 that would indeed have divide Jerusalem.