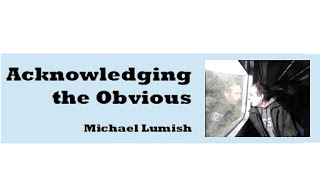 In reference to the piece by Vic Rosenthal, titled, “Are there ‘Arab Jews?’”

He opposes the notion of “Arab Jews” on the basis of historical analysis and an appreciation for the ways that the language we use heavily influences the outcome of the discussion… as he has in the past with terms such as “West Bank”, a phrase designed to rob the Jewish people of our heritage within our own historical homeland.

He also references the fact that:

“Some pro-Palestinian writers even suggest that Mizrahi Jews actually have a common interest with Palestinian Arabs, their “brown” brothers, to overthrow the hegemony of “white” Ashkenazi settler-colonialists.”

The question of the “whiteness” of Ashkenazi Jews is hot at the moment. It suggests that the Ashkenazim are not ethnically Jewish, but merely Europeans who happen to practice Judaism.

It is an interesting question that I am only really beginning to grapple with.

The truth is that most Ashkenazim have a considerable amount of European blood, but most also have DNA characteristics that primarily go to the Levant and to the Land of Israel.

Arabs often like to call Ashkenazim “white” — and thus European — because it implies that we are interlopers in the land of their ancestry… this despite the fact that Arabs are indigenous to the Arabian Peninsula, not Judea and Samaria. This, in turn, justifies violence against our brothers and sisters in Israel.

However, the question of indigeneity does not rest solely upon genetics… although genetics count.

What counts more is if the land of the people represents the source of their culture. That is the defining characteristic of indigeneity. The Ashkenazim, like the Sephardim, are a Jewish colonized people, indigenous to the Land of Israel, who the Romans sent scattering to the winds after the Bar Kochba Rebellion (132 – 136 CE) Naturally, this meant that we took on many of the cultural elements — such as language and food — of the generally unfriendly European nations.

The ancestors of Ashkenazi Jews, such as my own, were forced out of Judea and over many centuries found themselves within the Pale of Settlement within eastern Europe where they faced the violent pogroms of those who most certainly did not consider us “white.”

But as a people who were kicked out of our native homeland, stripped of our identity and language throughout the many centuries of the diaspora, we are now told by antisemitic anti-Zionists that Israel is no longer really Jewish or, at least. should not be. The Mizrahim may have a place as second-class citizens under Arab rule, but now “Palestine” is decisively Arab or, at least, should be. So go the fantastical midnight dreams of people like Ilhan Omar (D-Minnesota), Rashida Tlaib (D-Michigan) and Alexandria Ocasio-Cortez (D-NY).

As we saw in the news recently Tlaib even suggested that Palestinian-Arabs who attempt to murder Jews in Israel are “activists” while the Jews of Israel, seeking nothing more than to protect their children and their homeland, are dubbed “White Nationalists.”

What is particularly troubling, however, are Ashkenazim in the diaspora who refer to themselves as “white.” I, too, as an Ashkenazi born outside of New York in 1963 within a Reform community, also was raised to think of myself as “white.” But the truth is, we are not. We may have some European ancestry, but we are most definitely not “white.”

Furthermore, the word “white,” when it comes to people, is not a biological term, but a political term.

In the centuries preceding the second half of the twentieth-century, in Europe and the United States, Jews were never considered on par with the good, actual “white” people. It was only when that word ceased to have positive connotations and, instead, emerged — in the wake of the New Left — as an epithet meaning “racist, colonial, oppressor” that — Ta Da! — the Jews suddenly became “white” in the eyes of the progressive-left. It is, at least in part for this reason, that all sorts of “progressive” groups, including much of the Democratic Party, consider Jewish-Israelis interlopers onto the land of the alleged “indigenous Arab population.”

And it is, for this reason, that much of the western-left actually pays Palestinian-Arabs to murder Jews, including women and children, under Pay-to Slay. Many in the Democratic Party wish to continue this practice wherein US tax-payers pay out many millions of dollars to the Palestinian Authority who then use much of those funds to reward the murderers of Jews within the Jewish homeland.

In the meantime, the Jews of the Middle East (i.e., Jewish-Israelis) will defend themselves whether the Arabs or their Western paymasters like it or not.