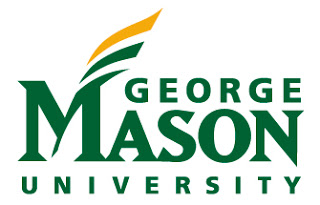 Dan Kling wrote a very chilling thread on Twitter about his experiences at George Mason University.

Let’s talk about anti-Semitism at @GeorgeMasonU.

The second time I came to campus was for accepted students day. I ran into a club tabling called @GMUSAIA (GMU Students Against Israeli Apartheid.) I didn’t really have too much of an opinion on the conflict, but when I told them I was Jewish they clammed up and wouldn’t speak to me. They shoved a flyer in my hand and basically just stared at me.

I came to Mason and got involved in the Jewish community, only to hear constant stories of the antisemitism students experienced.

In November 2016, the national SJP conference was hosted at my school. The Jews were told to leave campus because no one could assure our safety. Lo and behold, attendees were posting about assaulting Zionists all over Twitter and Facebook. Everyone was scared shitless and hid in their rooms for days. But that’s not even the worst of it.

After Trump’s election, a petition was put together to say that GMU opposes all forms of hate… Except Antisemitism was completely missing, and Zionism was right in the center. It took two meetings with Student Power to get them to consider including antisemitism.

When he tried to reach out and hold one members hand, he turned around and swung his hand out at the rabbi. They stormed off, only to show up later that week at more events in “good faith.”

During this time I was also forced to leave @transparentGMU because of antisemitism in
their group chat. I expressed some of the things they were saying made me uncomfortable, such as asserting all Jews in land conflicts were colonialists (even outside Israel). So in response they brought it random people to lecture me on how I didn’t know what antisemitism was.

So I said, “this is ridiculous and I’ve had enough of the pettiness” and when they came to our events I decided to try and actually build a relationship with them. It was nice for all of about two seconds. At the first event they invited me to, a Pakistani guy sat down next to me and said that the two stripes of the Israeli flag were the Nile and the Euphrates, because the Jews’ plot was to take the whole Middle East. To their credit, they told him that probably wasn’t the case.

The next week, they helped host the “Muslim-Jewish Alliance.” At this meeting, there was a total of three Jews, and many more Muslims. The speaker was @TaherHerzallah and he spent the entire meeting blaming Jews for Islamaphobia in America and saying that the only way we could ever fix this was by giving up Zionism. I tried to question it but was talked over and refused to be called on again. They all friended me on Facebook after that, and proceeded to fill up my wall with comments on my posts about Israel and the occupation, and harassed my friends. When I asked them to stop, they told me I should police my friends, not them.

When I went to Israel a month later for the first time, they attacked me as a settler on all of my photos, posted images of me calling me a white supremacist, and blocked me.

Sophomore year, I found pretty much most of the progressive community would refuse to
speak to me. So whatever. Twice my sophomore year I was assaulted for wearing a Magen David on campus.

At a Holocaust Remembrance table, students draped in Palestinian flags and scarves approached and tried to LIGHT OUR TABLE ON FIRE. When we stopped them they pointed and laughed at us and sent people over to harass us.

This year was no different. It started with the Boycott Sabra petition. We were out there trying to inform people why the petition was harmful, and two members of SAIA both body checked one of our members and stomped on my feet repeatedly. When we tried to engage with the people around us, people came and physically intimidated us, insulted us for being Jewish, spit at us, called us “Fucking Yahoodi” to our faces and behind our backs as if half of us don’t understand Arabic. You ain’t slick.

Later this year while tabling, we had girls come up to us and scream in our faces, and another guy came up to tell us why JEWISH lives don’t matter at all. When I was tabling for charity, guys came up behind me and made jokes about how “the Yahoodi are asking for money again.”

The Middle East Studies department hosted an event on antisemitism, which did not invite the Jewish community, hosted no Jewish professors (but plenty of antisemitic ones), and when asked about this simply deflected and said we were attacking them on because of Zionism.

It was kind of a sick joke when SAIA did the same exact thing a couple weeks later, but this time found two anti-Zionist Jews who were uninvolved in Mason’s Jewish community to pretend they weren’t pulling the same shit. Complaints fell on deaf ears.

During this time, my girlfriend and I went to AIPAC and went to speak with protestors (who spat on me) and my girlfriend took a photo of me speaking to people with her tongue out. People on Twitter asked for proof we went to speak with them, and when she gave it, they cropped the
photos and a bunch of Mason students doxxed her. @gmupolice did nothing. They didn’t do anything when the campus preacher was calling for violence against Jews either, so ignoring Jewish plights seems to be a trend among them.

I spent Good Deeds Day this year being screamed at by a girl who told lies that we had told her “Fuck Palestine” after one of her friends spat on a soldier. She then peddled lies claiming I insulted her in text messages when I had never spoken to her. 🤷‍♂️

And this only my experience. Countless Jews at Mason have been targeted by anti-Semitic professors like Sumaiya Hamdani and Ahsan Butt. We’ve been assaulted by students in stairwells. Bias incident reports have been completely ignored. There’s no avenue for Jews to feel safe.

Thanks for the kosher food, but I’d like to not have to worry about having a target on my back in class for the kippah on my head. I’d like you to address Mason’s deep-seated anti-Semitic sentiments for once, like you said you would after Pittsburgh but then failed to.

Can I get some insight as to how you allow this level of harassment and bigotry to occur at your school @GeorgeMasonU @CabreraAngel ? I’m kind of tired of being consistently harassed and lied about because I’m Jewish and don’t completely disavow my people at every intersection.

I hope someone sees my experience here and knows they’re not alone, and that Mason’s Jewish community is here to support you.

I have a list of other incidents at GMU. This is a serious problem.