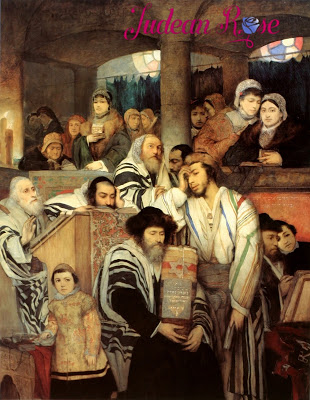 It is a new year, and as such, we are filled with good intentions, even as we inch closer to atonement. We want to do better, but we also want to look back and examine our own behavior. Could we have done this differently? What would have happened had we done Y instead of Z?
These can be difficult thoughts.
Yes. Introspection is a painful endeavor, as none of us are perfect. But things shouldn’t be this hard. In fact, I tend to think relationships can all pretty much be boiled down to: Hashem wouldn’t want us to fight.
And if that were a t-shirt, I’d wear it.

Less difficult than going over the obsessive thoughts about what went wrong is thinking about the things that went right. I would qualify Quora, the social media platform for asking and answering questions, as being in the latter category.
I like Quora. It forces me to look things up. That means I learn about important things. Like my own history: the history of my people and my country. It sharpens the mind. Using this platform has helped me to develop and articulate a personal perspective on Israel.
I don’t answer every question. In fact, I turn down more requests for answers than I accept. I only answer the questions that pique my interest. I am selective.

If you are a literate commenter who loves Israel, we could use your voice. So give Quora a try. I think it’s a good thing.

I don’t go in much for New Year’s resolutions. At the same time, I do note what I need to change and try to do better. One change I’ve made in recent years has been to my writing. I decided I would incorporate the word indigenousin my writing about Israel wherever appropriate.
I see it as an absolute truth: that the Jewish people are the indigenous people of Israel. It is important for me to talk about why this is so, and to help people understand that indigenous does not mean we were in Israel, first.
I do often encounter resistance to this idea. To me, that’s just a sign we need to get educated: we need to internalize the idea of indigeneity.

I try to be careful in my writing and my speech not to disparage Israel. But speaking bad about actual people is a whole ‘nother ballgame, something that would be absolutely verboten. A recent piece in one of the Jewish media outlets was so nasty in tone that my mouth dropped open as I read. The writer began with a discussion on infighting between Jewish personalities then went on to blast a particular Jewish blogger by name. The kicker, for me, was this sentence: “He is not a good writer.”
Ouch. Maybe I was projecting. But that is the probably the worst thing that someone could say to me. The most hurtful thing. And if that would hurt me, I think it is reasonable to assume it would hurt others, too. So from that light, I want to ask the writer:

Why on earth was this insult necessary?

By the way, I didn’t think much of the substance of this hit piece, either, but most of all, I just couldn’t figure out the purpose of inserting that nasty, ugly, hurtful phrase. It made me think: I’ll never submit anything to that publication ever again. (Except that I’ve already said that about practically every other Jewish publication in existence and soon I’ll be writing from inside of a dark closet for myself.)

Sometimes people refuse to resolve personal differences. When that happens, the thought always comes to me: “Hashem wouldn’t like this. Hashem wants us to get along.”
I always wish there were a way to communicate that to the people who won’t forgive me.

Sometimes people don’t want to be friends with someone. That can really hurt the person so we should think carefully before refusing an offer of friendship. If you must refuse, be as nice as you can.
Of course, that’s not always possible.
Yes. I’m talking about Facebook and the person who declined my friend request and marked it “spam.”

Hurt in the World

There is a lot of hurt in the world. So much that you wonder how it can possibly hold it all.

Joy in the World

There is joy in the world. Most people don’t have a lot of it. But oh, when you find it, it is so worth it. So much more powerful than woe and pain could ever be. Remember that feeling. Remember those times. Hold on to the feeling. And remember to be grateful.
Gmar Chatima Tova and May You Be Inscribed in the Book of Life