Hesh Kestin, an award-winning author, wrote a book called The Siege of Tel Aviv which was released by small, prestigious publisher Dzanc Books.

Immediately thereafter, a furor arose, mostly from people who never read the book, calling it “Islamophobic” and demanding that the publisher pull the book. After a week of stonewalling, Dzanc did exactly that.

Most critics based their assumptions of Islamophibia on the blurb on the book jacket:

What, exactly, is Islamophobic? According to the critics, two things: One, saying “Iran leads five Arab armies in a brutal victory over Israel” implies that Iran is Arab, they say, which isn’t true. In fact, the book makes clear that Iran is not Arab, so this is a problem with the person who blurbed the book, not the contents.

Secondly, they claim that the spelling of the word “Moslem” is offensive. Apparently, when the “S” is pronounced like a “Z”, it means “One who is evil or unjust” so Muslim groups have been pushing the alternate spelling since the 2000s. Yet it cannot be that offensive, given that there are many Muslim charities in America that continue to use the older spelling. 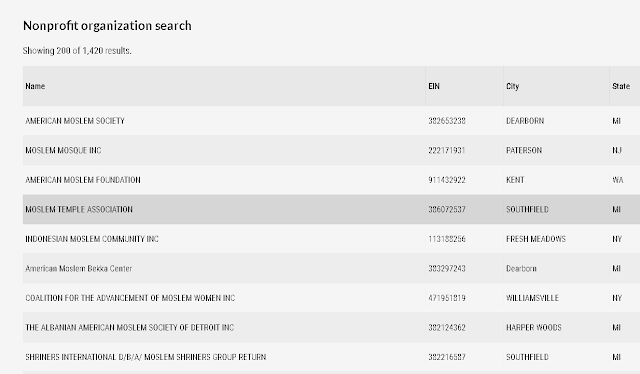 Based on the initial backlash, it appears that none of the critics actually read the book before pushing Dzanc to drop it.


The Siege of Tel Aviv, with blurbs from Stephen King and others, addresses the tragic situation in the Middle East. It is a book that weds absurdism with satire with social commentary. It is not in any way meant to be read literally as an Islamophobic text. That the material presents itself as problematic in this regard troubles me deeply.  I hoped readers would understand the intent of the novel, the over-the-top absurdist narrative, drawing attention to—not championing—the ridiculous ways in which we, as a universal community, see one another and fail in our interactions. That the novel has been viewed as otherwise is our failing.

The novel isn’t a satire, although parts of it are a bit absurd and there is social commentary.

If publishing this novel is an error, then we will listen to the complaints and pull it from the market. I am opposed to censorship, but we are living in fraught times and listening to the public is important. I truly thought readers would grasp the literary objective of the novel. The novel was acquired three years ago, before Trump’s election and the dynamic shift in American politics.

Is this guy really a publisher? Why would it matter whether a book is read before or after the 2016 elections? If he is opposed to censorship, then why is he willing to pull a book less than a week after publication and before most critics even bothered to read it?

This is a story of censorship and political correctness. It is not a serious discussion about a book.

I read The Siege of Tel Aviv over the weekend.

The first half of the book describes a nightmare scenario where, as the Arab League announces that it is ready to negotiate for peace with Israel without preconditions, it is secretly working with Iran to launch a series of sneak attacks to destroy Israel.

In the preface to the book, Hesh Kestin describes his life at the outbreak of the Yom Kippur War. In that context, it is obvious to anyone who read the book and who knows history that the first half of the book is essentially an updated version of that war – a sneak attack that could have easily destroyed Israel if it hadn’t improvised hasty defenses, if the Syrians hadn’t been incompetent, if the US hadn’t sent over weapons.

The second half of the book describes how the Israelis, without any weapons to speak of and starving to death in besieged Tel Aviv with no communication with the world, manage to miraculously fight back and win.

Kestin did no small amount of research for the book, and parts are very entertaining – if one can be entertained at the prospect of hundreds of thousands of dead Jews and the rest starving.

The characters are not much more than cartoon stereotypes. The Russian Jewish mobster, the American president with an (affected) Southern accent who speaks nicely but only cares about winning the next election, the Arab leaders who fight among each other on how to divide up the land, the Iranian mastermind who studies Hitler to know how to best exterminate the Jews, the vapid attractive CNN reporter – we don’t learn anything about them because we already know the characters, and they don’t change. So if the book is Islamophobic, it is antisemitic and anti-American as well. In reality, it is none of those things. In fact, one major character is an Israeli Bedouin who is one of the “good guys.”

Kestin’s view of the Middle East looks like it hasn’t changed much since 1973. Jordan and Egypt and Saudi Arabia are as implacable foes of Israel as Syria and Iran are. Egypt doesn’t flinch at attacking an aid flotilla and a BBC helicopter.

The underlying worldview is one dimensional, but not that inaccurate. If Iran could devise a plan to actually destroy Israel, pretending that this was 2010 or so, would the Arab world have signed on? I think so. Would the Arab world ignore the Palestinians altogether in their dismantling of Israel? Probably, although not immediately.

That being said, The Siege of Tel Aviv is entertaining. How the Israelis win is a absurd but fun. The new world order that is ushered in by the ultimate Israeli victory is wishful thinking to the extreme.

Unfortunately, the most notable thing about this book isn’t the plot. It is how it exposed how so many self-defined liberals are actually not interested at all in free speech. While Kesten laughs this off, as all publicity is good publicity and he wants to sell books, the saga of The Siege of Israel is really about the continued fall of American liberalism into what is closer to fascism. The attempted censorship of a novel that is no more offensive than thousands of other international thrillers because it is pro-Israel should make all serious people feel a bit queasy.