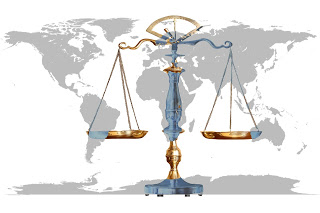 In 2014, after Israel refused to release a final batch of prisoners unless the PLO agreed to extend peace negotiations, the PLO responded by violating an agreement with Israel that it wouldn’t sign international conventions join international bodies. In a very short time, the PLO signed the following conventions, without reservations:

As we have been reporting, the signing of the Convention on the Elimination of All Forms of Discrimination against Women (CEDAW) has been rejected recently by the Palestinian Authority’s own Supreme Fatwa Council and has been denounced by a group of tribal leaders. An analysis of Palestinian Authority laws also shows that CEDAW was never implemented in legal codes; discrimination against women is in fact the law.

Given what we know about the Palestinian Authority, it clearly has not taken seriously a number of other conventions it signed in 2014, including the ones against racial discrimination (which include the rights to freedom of thought, conscience and religion, freedom of opinion and expression, freedom of peaceful assembly and association); corruption, torture, civil and political rights, and apartheid. Its policies still include antisemitic laws against selling land to Jews. It is considered one of the most corrupt regimes in the Arab world. It still tortures prisoners with impunity.

The editor-in-chief of the Ma’an media network, Dr. Nasser Al-Lahham, made an astonishing admission about the Palestinian Authority in a television show over the weekend on the topic of CEDAW:

Regarding the CEDAW agreement, which recently sparked controversy, Al-Lahham sees it as a fabricated crisis for partisan reasons, and that its signature is important so that Palestine is part of the international system, calling on those concerned about the CEDAW agreement to be reassured that there is no civil marriage in Palestine…
He continued: “The government cannot implement CEDAW in its entirety in light of the existence of a societal system, and that the signing of the agreement is political and was not intended to undermine the Sharia, and had it not been for the signing of CEDAW and many other agreements, the International Criminal Court would not have accepted us.“

He is admitting that the PLO never had any intention of honoring its agreements with the international community, and the only reason these conventions were signed were to take on the trappings of a state so they could join the ICC and prosecute Israel!

It is notable that Israel signed CEDAW with reservations on two of its paragraphs because Israel relies on Muslim and Jewish law for personal issues like marriage that cannot be reconciled with CEDAW. The PLO didn’t sign it with any reservations about Sharia law, simply because it never intended to honor the convention to begin with – and by extension, it never intended to honor any of the agreements it signed.

This proves yet again that the PLO and PA have no intention for “Palestine” to be a serious member of the international community. The only reason for its existence is to attack Israel, not to build a functioning state that protects the rights of its citizens.

The ICC prosecutor should be made aware that the “State of Palestine” is not a state and its signed agreements that underlie its claims to statehood are meaningless.

Ironically, Muslims say that Jews are inherently violators of treaties, based on Quranic stories about Mohammed. Here we see that Palestinians knowingly violate international treaties and never intended to abide by them from the outset.

The international community should revisit every single treaty signed by the PA and PLO and demand full compliance – or it should expel the Palestinians from treaties that they have joined without intent of implementing.