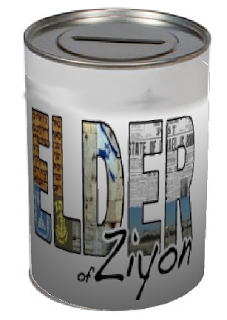 (This post will be pinned to the top of the webpage for the day.)

As my readers know, I (and my writers) try to cut through the bull and get to the facts, wherever they may lead. The truth is paramount and interpreting the facts accurately is a skill set that most people don’t have.

That is doubly true for most of  the people who get paid to interpret the facts. (Including most writers for the New York Times despite its Orwellian “Truth” campaign.”)

And as difficult as it has been to ferret out the truth in the past, today it is a much more daunting task. Between a US administration that has only a glancing familiarity with the truth and the media that flat-out lies when covering the same administration, and the reverberations of both trends throughout the world, figuring out what is really going on is harder than ever.

This obligation to ferret out the truth among the half-truths, lies, propaganda and unconscious bias has never been more important.

I think that EoZ’s track record is admirable in this regard, better than most media outlets  – even though we have almost no resources.

Eventually, pointing out the truth makes a difference in the media that is awash with lies. Small differences to be sure, but Elder of Ziyon has an outsized influence for a niche website.

We’ve been branching out. EoZ now has eight columnists with other occasional contributors.

I was happy with the seminar I put together in Jerusalem a few weeks ago and I am thinking about doing that more regularly. (Mostly in the US, though.) There are other possible initiatives as well that could bring the message of the truth about Israel and the Middle East to a wider audience.

All of this and more can only be done with your help.

Donate to EoZ so we can continue to cut through the lies and the spin. We want to continue to provide fact-based analysis and news that is simply not available anywhere else.and the ensure that the message gets spread.

You can give a donation via PayPal here (or clicking here.)

Better yet, you can become a patron of EoZ via Patreon.
EoZ is not a tax-deductible charity, but if you want to give a more sizable donation you can pay for an advertisement to be displayed here and that would be a tax deduction. Contact me if interested.

As always, thanks so much for your support, and for those who celebrate, have a wonderful Pesach.