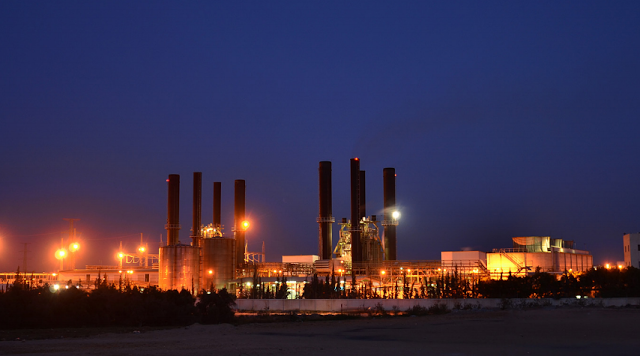 According to Gaza media, three days ago the Palestinian Authority banned all money transfers to Egypt for the purpose of purchasing fuel for Gaza’s power plant.

The Gaza energy authority announced the stop in fuel transfers in a press statement.

Hamas condemned the PA for further restricting the ability of Gazans to have electricity.

The PA has been severely restricting fuel, medicine, medical supplies and the have been trying to restrict electricity from Israel to Gaza for the past several months.

At this time Gaza is receiving about 92 MW of electricity a day, 70 MW from Israel and the rest from Egypt, and none from the power plant. Normally Gaza gets over 200 MW which still was only enough for several hours a day.

Yet any criticism of the PA for plunging Gaza into darkness has been muted at best.