UNRWA set up a photo gallery of images from its collection to show the world the history of Palestinian Arabs under its mandate.

Palestinians, in UNRWA’s world, are only victims.

The gallery is meant to be “a unique and historic testament to the resilience and steadfastness of Palestine refugees.” (Of course, when they say Palestine refugees, they only mean Arab refugees – Jewish refugees who lost their homes during the 1947-48 war don’t count.)

UNRWA has photos from 1948 – but only of Palestinians fleeing, even when they didn’t have to, as with these girls leaving Jaffa. 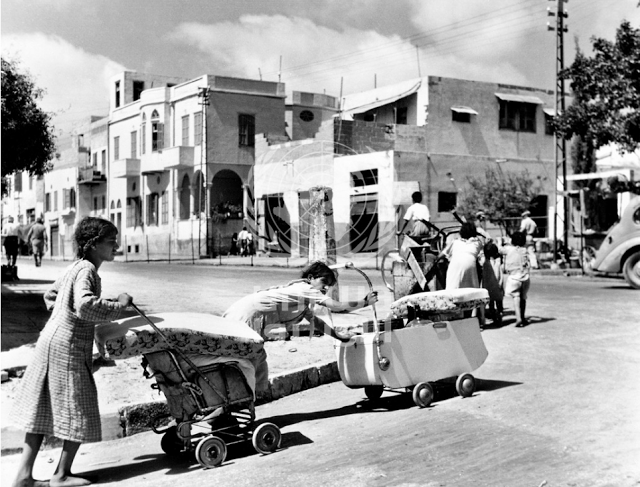 There are photos from 1967 of more Palestinian “refugees” – who were not in any way forced out of their homes, and were not refugees by any definition, either UNRWA or UNHRC’s. Nearly all of them “fled” after the Six Day War was over.  They simply didn’t want to live under Israeli rule, but they were not fleeing any danger whatsoever. 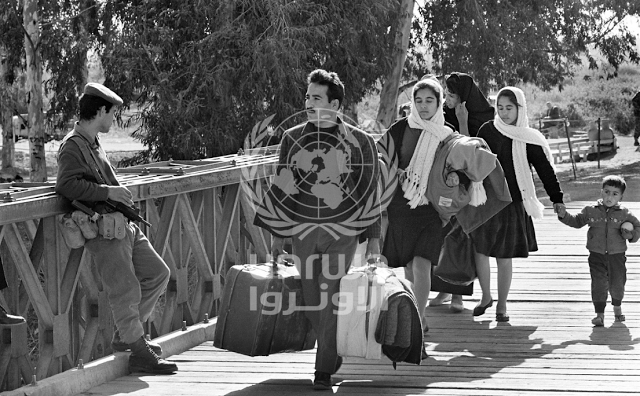 There is even a category for the second intifada – which was by definition a Palestinian uprising – but not one photo showing Palestinians attacking Jews. Instead, it shows a house demolition meant to discourage violence.

No photos of Hamas rockets, or masked Palestinian stone throwers, or anti-Israel rallies that attract tens of thousands of people in Gaza.

But Palestinian Arabs are themselves blameless for everything.

The only use of the word “massacre” is for Sabra and Shatila, for which the blame always goes to Israel (and never to the Christians who actually killed the Palestinians.)

UNRWA pushes its extensive photo archives in many venues. But anyone who thinks that there is any historic value in these one-sided exhibitions is already brainwashed.