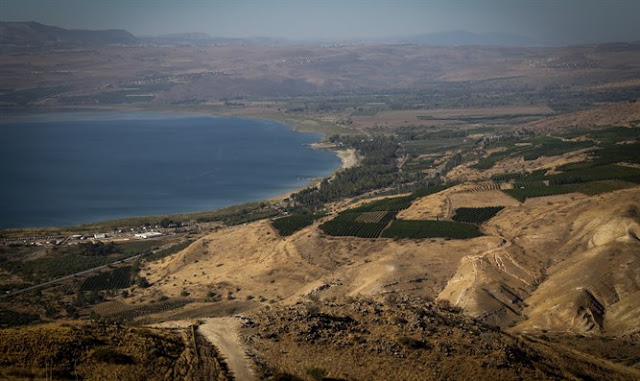 TOI reports that the water level of the Kinneret (Sea of Galilee) are the lowest in a century.


Parts of northern Israel experienced the driest February since records began, the Water Authority reported Tuesday, with officials saying that the Sea of Galilee was now at its lowest level in a century.

Israel’s most important natural water source — also known at Lake Kinneret — received just 10 percent of its average rainfall for February, rising by just 22 centimeters (8.5 inches), far below the average for that month of 60 centimeters (23.5 inches).

Muslims are very keen in hearing news like this.

It seems that one of the signs of the emergence of the Dajjal, an antichrist figure in Islamic eschatology, is the Kinneret drying up, based on a bizarre hadith.

Here are all of the signs of the impending arrival of the Dajjal, to be followed by the Mahdi messiah figure:

Drying up of Sea of Galilee.
When date-palm trees of Baisan (Bet She’an) stop bearing fruit.
Worship of Satan becomes common.
The sun will rise from the place it usually sets.
The conquest of Constantinople (modern day Istanbul, Turkey) by the Islamic Caliphate.

When the sun rises in the west, then it may be time to be worried.