The news this week that the Allies knew about the Holocaust two years before they liberated the camps hardly seems like news.

The New York Times did report on the Holocaust in 1942 and 1943 – just they buried the very few reports they had deep inside the paper, sometimes barely mentioning Jews among the victims. 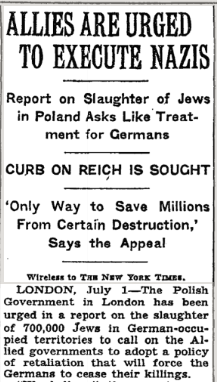 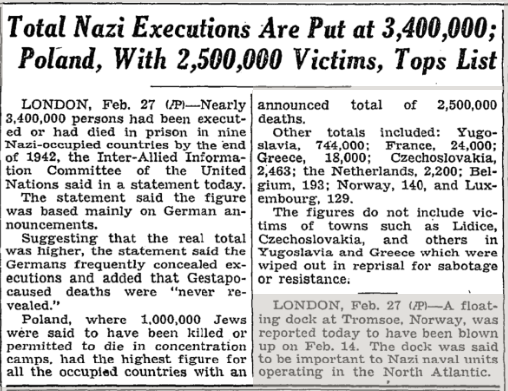 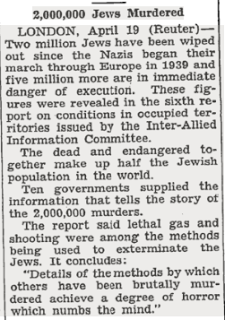 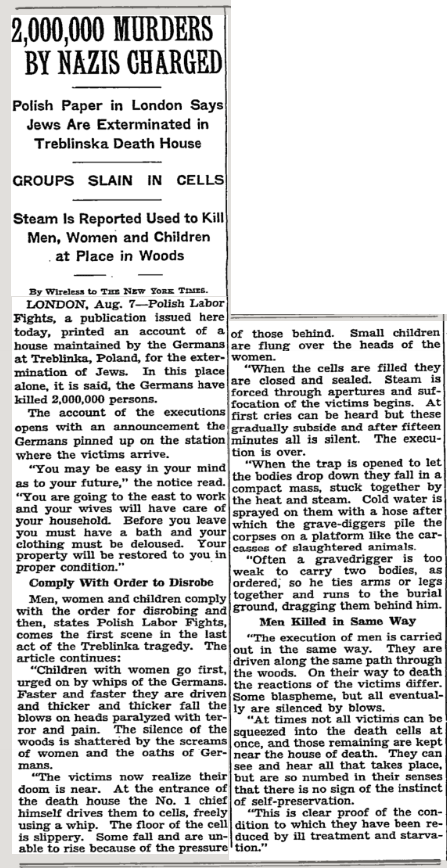 Anyone who cared to know, knew, well before the war ended. Even though this is only a fraction of what was discovered about the Holocaust after the war, already in 1943 it was known that millions of Jews were murdered.

They knew. They chose not to do anything about it.