Hamza bin Laden, the son of the late al-Qaida leader, has married the daughter of Mohammed Atta, the lead hijacker in the 9/11 terror attacks, according to his family.

Bin Laden’s wives and surviving children have returned to Saudi Arabia, where they were given refuge by the former crown prince Mohammed bin Nayef. The women and children remain in close contact with Bin Laden’s mother, Alia Ghanem, who told the Guardian in an interview that she remained in regular touch with surviving family members.

“When we thought everyone was over this, next thing I knew was Hamza saying I am going to avenge my father,” said Hassan al-Attas. “I don’t want to go through that again.”

“If Hamza was in front of me now, I would tell him: God guide you. Think twice about what you are doing. Don’t retake the steps of your father. You are entering really negative and horrible parts of your soul.”

See how they want to distance themselves from Osama bin Laden when talking to the Guardian?

But the family members also choose to pose next to pictures of Osama Bin Laden. Not Osama as a college student, but Osama as the jihadi who killed thousands of people. His photos are prominently displayed. 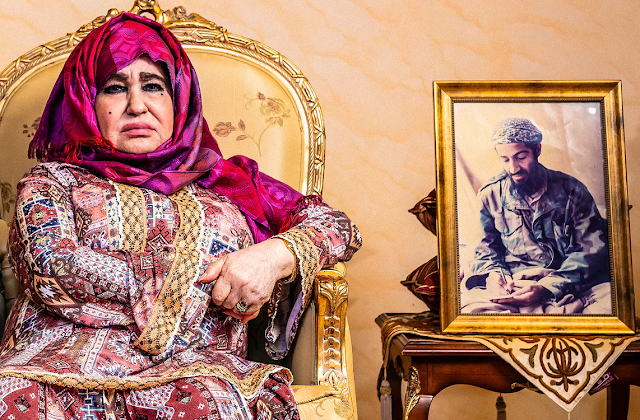 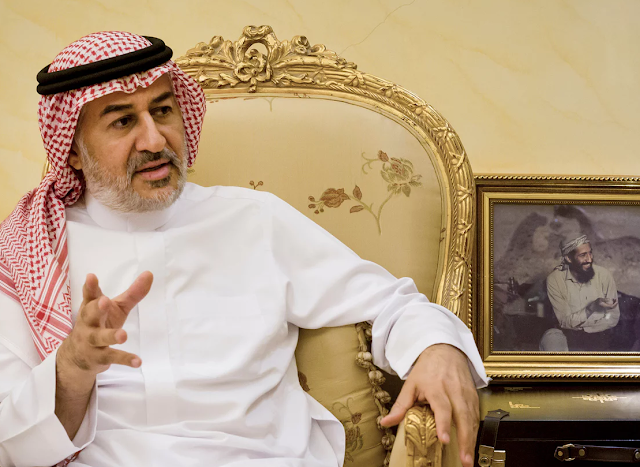 They aren’t ashamed of Osama and his actions. They are proud.