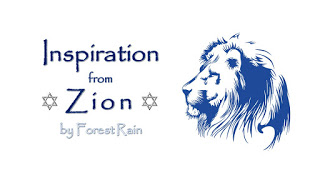 The saying goes: “The dead tell no tales” but that’s not exactly true. The dead speak to us from beyond the grave but they do so in silent symbols that we, those who are full of life and sometimes full of arrogance, can choose to ignore.
Haifa’s cemetery is full. It’s in a beautiful location, overlooking the sea. One could say it’s wasted on its residents but maybe the scenery provides comfort to those who come to pay their respects to deceased relatives and friends. In general, I find it an unpleasant place. It’s packed with graves, so much so that it is difficult to walk between them. Moreover, most of the headstones provide very little information about the people they are supposed to be memorializing.
I think graves should give you a hint, a glimpse into the life of the person buried there. Something about knowing nothing about their stories bothers me.
There is however another cemetery in Haifa, one that is older and very different. 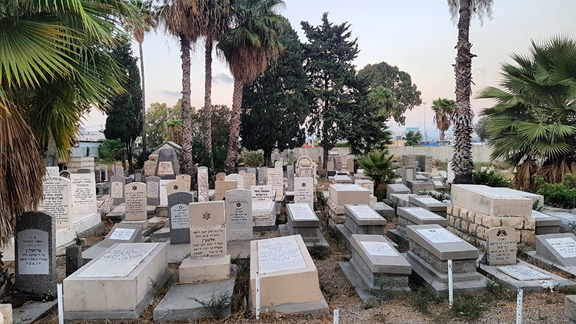 This was the first Jewish cemetery of Haifa, presumably founded in the late 1850 and used until 1940. There are several mausoleums in the cemetery (which is unusual for Jewish cemeteries), including one for Shmuel Pevsner, one of the founders of Haifa’s Hadar HaCarmel neighborhood.
We know the names of some of the people buried because they have streets and institutions in Haifa named after them – but once they weren’t streets, they were real people who now lie here, mostly forgotten.
Why isn’t this a national heritage site? How come the schools of Haifa don’t bring children here, to learn about the history of their city?
Possibly it is because of the stories the dead tell that their voices are avoided…
We’re told that Haifa is a mixed Arab and Jewish city, a symbol of coexistence, that it always was. That makes this a little hard to explain: 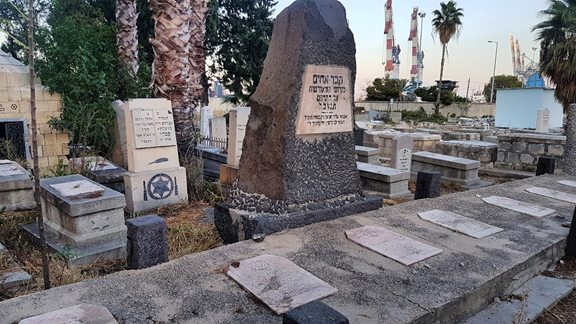 A mass grave for Jews murdered in the riots of 1929. Jewish burial is very specific, careful and done with great reverence. Tradition forbids letting the dead lie unburied overnight, it is imperative to bury them on the day of death. It would seem that the existence of a mass grave is indicative of the number of people murdered on the same day and the difficulty in providing them a proper burial.
The quote on the standing stone is from Ezekiel (16:6) and tells volumes about the spirit of the people who had to bury their friends and relatives in this way:
“וָאֶעֱבֹר עָלַיִךְ וָאֶרְאֵךְ מִתְבּוֹסֶסֶת בְּדָמָיִךְ וָאֹמַר לָךְ בְּדָמַיִךְ חֲיִי וָאֹמַר לָךְ בְּדָמַיִךְ חֲיִי”.
“As I passed over you and saw you weltering in your own blood, I said to you, as you lay thus in your blood, in your blood LIVE”