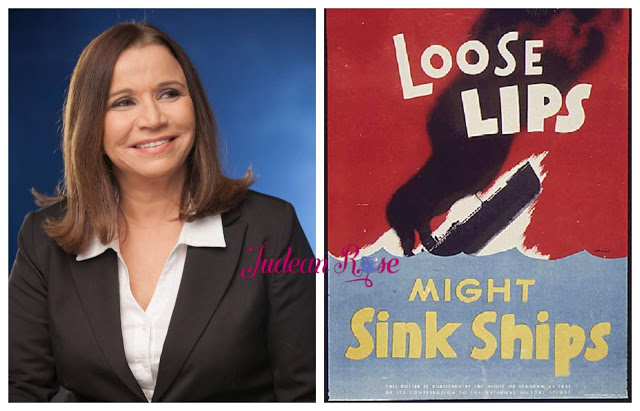 MK Shelly Yachimovich, of the Zionist Union, is working for the other side, and I don’t just mean the Opposition. Her Sunday tweet regarding Officer “M” revealed details of a secret operationto the public and put a hero’s family in danger, too. All for the sake of political capital—to show she is against Israel’s Nation State Law. Not only that, but she twisted the facts to suit her own narrative.
I could show you that tweet. It’s still up there, as Yachimovich feels no shame for outing a hero’s family and hurting her country. She feels no shame that she used facts to build a lie to garner votes in the next election.
But I won’t show it to you. Even though every man and his dog (not to mention Hamas) has the ability to find and locate that tweet. I won’t do it because I won’t help her hurt Israel and the family of Officer “M.” I won’t be a contributing factor, won’t share in the evil of this deed.
Here is what she did: she posted a photo of Officer “M” with his two small children, the three faces all blurred out, but with plenty of identifiable details remaining. Then she exposed yet another confidential detail about this secret mission to the public at large: Officer “M” wasn’t Jewish.
Why did she reveal all this info? Why show the touching photo of “M”’s family? For the purpose of making the spurious claim that Israel’s new Nation State Law has turned Jewish Israelis into inhuman bigots.
Yachimovich, you see, had the temerity to state that the only reason the government of Israel didn’t air “M”’s name was because he wasn’t Jewish. Israel, she said, doesn’t honor non-Jews or their contributions to the state. She said that to Israel, non-Jews like Officer “M” are second class citizens.
This is utter hogwash. Officer “M”’s name has been kept confidential because of the top secret nature of his mission—so secret that this hero’s name must remain under wraps for a very long time. It’s actually an awe-inspiring fact to consider if you are a thinking person: Officer “M” went into a dangerous mission knowing that no one could ever know what he did, or even that he did it, even if he died. Which sadly, tragically, he did.
THAT, my friends, is a hero. Officer “M” was a true patriot, someone who loved Israel and gave his life for the Jewish State. I don’t need to know any more about him than that.
Aside from this one nauseating tweet, all I have heard from my Jewish Israeli friends and from the highest echelon of the army and government, is honor and praise for Officer “M”’s ultimate sacrifice. Contrary to Shelly Yachimovich, who thinks not about “M,” the safety of “M”’s family, or her country, but only about herself and what she can do to gain a leg up in the next election. I think she’s disgusting and I told her so on Twitter, which is the beauty of that forum.
That is all well and good, and I hope that reading this, you are feeling unmitigated umbrage, as I am.
But that is not enough. News cycles are short. Since Shelly tweeted that falsehood-filled tweet, for instance, 400 rockets were shot into Israel from Gaza in a single 24-hour period, a record.
Many more newsworthy events will occur between that terrible tweet and the elections. And the public has a short memory. What I ask you to do is hold this particular tweet/event in your mind and not let it be forgotten.
I ask you to remember that Shelly Yachimovich endangered IDF soldiers, the Jewish State, and Officer “M”’s bereaved family in a horrible tweet filled with outright lies, for the sake of political capital.
Remember that tweet. Remember that name. And remember the party to which she belongs, a party that shares her culpability and her shame.
I don’t just want you to remember the facts of this awful tweet at election time.
I want you to remember it forever and brand it on your mind.
This is a really bad person.
She may do some good things in future. We must not let that blind us to what she did here. She has not taken the tweet down nor shown remorse.
She does not deserve a second chance.
It would not be a fitting tribute to Officer “M” to vote for Shelly Yachimovich or her party, Labor, ever again.