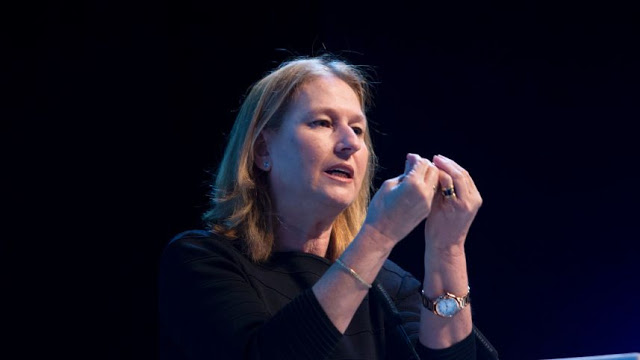 Haaretz has a fascinating story:

Israeli lawmaker Tzipi Livni may soon be appointed to a senior role in the United Nations. Over the weekend, Livni (Hatnua-Zionist Union) received a phone call from UN Chief Antonio Guterres, who offered her the position of deputy secretary-general.

The UN chief has many deputies, and if Livni accepts the offer, she’ll become the first Israeli to serve in that position. The appointment ultimately depends on the UN Security Council’s approval.

Officials in the UN see the offer as a deal: The U.S. will take back its opposition to the pick of former Palestinian Prime Minister Salam Fayyad as head of the UN mission to Libya, and in return Livni’s appointment will be greenlit.

This would be a fantastic deal, and the operative word here is “deal.”


In the days leading up to Friday’s surprise decision by the Trump administration to block the appointment of former Palestinian Prime Minister Salam Fayyad to a top U.N. job, senior U.S. officials in Washington and New York assured U.N. Secretary General Antonio Guterres and other diplomats that they would accept him for the job, according to diplomatic sources.

That made late Friday’s abrupt about face — with the Trump administration suddenly vetoing Fayyad’s appointment to lead the U.N. mission in Libya — all the more shocking for U.S. partners on the Security Council and some career U.S. diplomats, according to those diplomatic sources.

The U.S. action, the officials said, created an unnecessary public confrontation with the U.N. chief, who would not have selected the well-regarded former Palestinian leader without the consent of the United States and other key Security Council members. The diplomatic dustup exposed a degree of chaos in U.S. decision making, these diplomats say, that makes it hard to anticipate where U.S. policy is headed.

If there is a pattern emerging from the Trump administration, it is to mess with people’s expectations and then wrangle benefit from what appears to be concessions, when nothing is really conceded. he did it with China by scaring them with Taiwan, he is doing it with settlements where he is allowing Israel to do exactly what is has been demonized for and made it appear like he is cracking down, and he may be doing it at the UN.

The message from the White House seems to be that if the US is going to green-light a UN move, it should get something back,

In this case, there is really no downside for a former PA prime minister who was by all accounts the most competent and honest politician in Palestinian history – and who is now on the outs with Abbas – to lead a mission to Libya, far away from Palestinian issues. But for Livni to gain a major role in the UN, where she would defend Israel (although only half-heartedly on settlements) is a major gain.

And even if Guterres planned to offer the job to Livni anyway, as the Haaretz article seems to say, now the opposition from UN members would fade away because it is a deal where they get Fayyad in Libya, where they otherwise wouldn’t have.

All this is a win-win for everyone while the US gives up nothing.

There is a lot to be wary of in this new administration, but if this went down the way it appears, “the art of the deal” shows great potential.