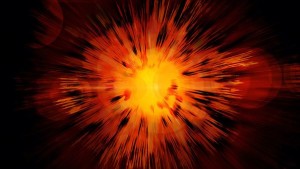 Hodeidah, Yemen, May 30 – A jihad warrior wearing an explosive vest set off his charge a split second after his partner today, resulting in the second explosion straddling the earthly and Jannah realms and destroying the 72 maidens that awaited him in paradise.
Ibrahim Sanani, 22, planned to approach a column of Saudi-backed militiamen with his companion Ismail Jabari, 23, and detonate their suicide bomb payloads simultaneously in proximity to the group. However, Sanani triggered his blast an instant after Jabari, whose bomb killed Sanani, and the latter’s exploding vest sent flaming shrapnel into the supernal realm as he perished, striking down the six dozen virgins who had assembled to serve as his companions in the afterlife. Sanani’s spiritual self remained unharmed, as he arrived just after the shrapnel fragments. He offered no comment on the incident as of publication.
“There were body parts everywhere,” recalled Archangel Gabriel. “It was horrible. Seventy-two beautiful, pristine women, boom, gone, just like that. I haven’t processed this yet. I’m still in shock, as are most of us up here. I hope they’ve gone to a better place.”
Heavenly emergency services appeared on the scene right away, but were unable to save the victims. “There’s no known safeguard,” lamented Raphael. “We must accept the will of Allah, as we always do.”
Sanani’s detonation narrowly missed depriving his friend Jabari of the latter’s virgin allotment, as well, according to witnesses. “The first shahid arrived a split second before the second and disappeared into his eternal harem with the girls an instant before the second guy arrived and blew everything up,” reported cleanup crew member Muhammad Atta. “This guy’s afterlife happiness collapsed faster than a jetliner hitting a New York skyscraper. The nineteen of us have tried to console him, but he’s not really responsive. Probably still in shock. Can’t blame the dude.”
“Truth be told, there has to be more than meets the eye here,” he continued in a whisper, as he looked around for eavesdroppers.  “There’s supposed to be an impenetrable barrier between us and the mortal world, and no weapons are allowed across it. By the regular rules this shouldn’t have happened. It’s not the only strange thing – the first guy got away faster than normal – there’s usually a lengthy welcoming ceremony – and why not, you got an eternity, so what’s the rush? I’m pretty sure this was an inside job. Military-grade explosives can’t melt the Jannah-Earth barrier.”