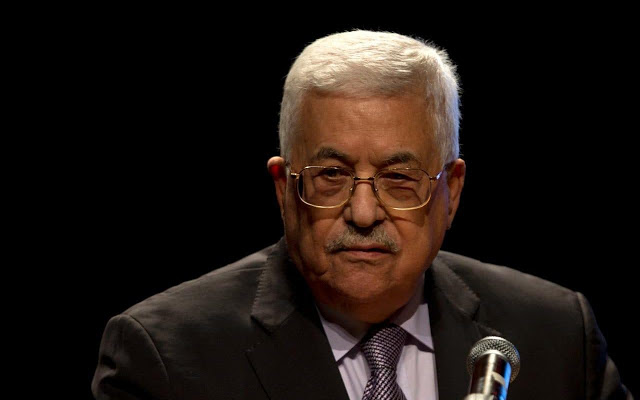 
Palestinian President Mahmoud Abbas expressed his condolences to Spanish Prime Minister Mariano Rajoy  for the victims of Thursday’s terrorist attack in the city of Barcelona, ​​in which several people were killed and wounded.
In his condolences, he expressed his condemnation of this terrorist act, stressing his rejection of all forms of terrorism and the need to confront all terrorist organizations around the world.
He declared the sovereignty of the State of Palestine, the leadership, the government and the people, alongside its friends in Spain in the face of these terrorist incident.

How much hypocrisy can we find in this short news item?

Abbas hasn’t condemned fatal car ramming attacks in Israel , as far as I can tell, in nearly ten years. He does not consider them terror. He celebrates the murderers and pays them and their families salaries for life. Despite his antipathy towards Hamas, he has never called it a terror group. Same with the other terror groups in Gaza. In fact, Abbas is the apparent head of the Al Aqsa Martyrs Brigades, a US designated terror group.

Because the statement here is not meant to express real condolences. It is a political statement to enhance Abbas’ and his fake government’s prestige. He is acting like a head of state. The last paragraph shows that the attack is merely an excuse to act “presidential” and to push the idea of a “State of Palestine”.

And, finally, he claims that “Palestine’ is against terrorism when in fact the entire entity names schools and roads after terrorists, Abbas honors them by visiting their families’ houses, and they spend a huge amount of time trying to get Israel to free terrorists from prison.

This is nothing by a cynical press release to whitewash Palestinian support for terror. It is not a message of condolence at all. Abbas has far more in common with the Barcelona terrorists than with the victims.