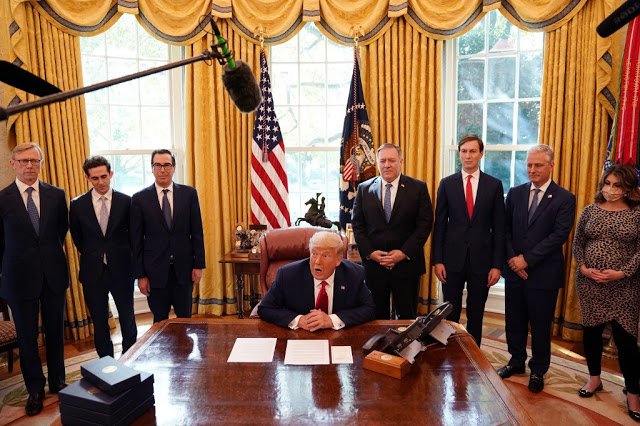 President Trump announced peace between Israel and Sudan. Get ready for the hypocritical “peace” activists to object to…peace.
The objections by Palestinians and their friends to Israel’s peace accords with the UAE and Bahrain announced in August were bizarre. But perhaps the most insane objections were floated by people who pretend to be peace activists. I looked at their specious arguments by the cofounder of the Hamushim NGO and by the executive director of Churches for Middle East Peace.
One of their nonsensical arguments doesn’t apply to Sudan:

Israel’s normalization agreements with the United Arab Emirates and Bahrain, which its Parliament is scheduled to approve on Thursday, was termed “peacemaking” by the Trump administration that mediated it, and all involved seek credit for being peacemakers. In reality, these deals could lead to increased arms sales, more violence in the Middle East, and the perpetuation of the ongoing military occupation of the Palestinian people.
Neither the UAE nor Bahrain, which only gained independence from the United Kingdom in 1971, have ever been at war with Israel.

Sudan was at war with Israel, declaring war in 1967. 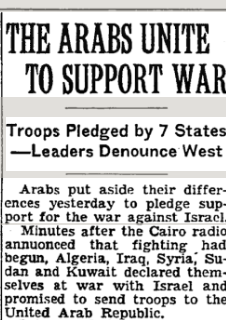 Of course, the argument that normalization deals aren’t peace deals is silly. Normalization is several steps better than peace, unless you are a fanatic hater of Israel. Israel has peace with Egypt and Jordan but there was never normalization, and (either as a cause or effect) both of those states are among the most antisemitic nations on Earth.
It is too soon to say whether the peace deal with Sudan will include full normalization of relations, but early indications from Sudanese media are promising, saying that there is interest in cooperation with Israel on agriculture, technology, aviation and immigration.
Of course, “Jewish Voice for Peace” already condemned the deal, saying that it has nothing to do with peace with Palestinians. They still think the world considers peace with Palestinians to be a prerequisite for peace with anyone else, an assumption that has already been proven false – but the religion of “linkage” is strong.